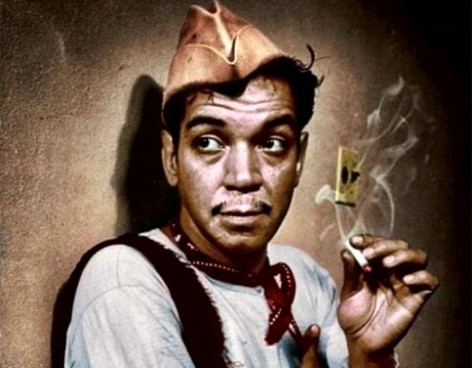 For a whole month, the San Antonio Public Library, the SA Public Library Foundation, and KLRN are presenting Cantinflas Retro: A Mario Moreno Centennial Retrospective, an exhibition of photographs and some of the films starred by Mario Moreno "Cantinflas" (1911-1993), the great Mexican comic.

Did Charles Chaplin actually said "Cantinflas is the greatest comedian alive!" after watching one of his Mexican films, as is widely reported? It's hard to tell, and good luck trying to find the actual source of the quote. But guess what: whether Chaplin said it or not, it's irrelevant: Cantinflas was the greatest comic produced in Mexico and the most international funnyman the Spanish-speaking world ever produced.

Just like some in the English world are still debating who the greatest comedian in history was (Chaplin or Buster Keaton), in Mexico some believe the immensely talented Tin-Tan (Germán Valdés) was the better comedian, but I respectfully disagree: Tin-Tan was to Cantinflas what the Rolling Stones were to the Beatles, but Cantinflas was the man, and no Latino comic was ever able to combine physical comedy, histrionics, sentiment, and drama better than Cantinflas. More than just creating a style, he even invented a word accepted into the official dictionary of the Spanish Royal Academy: the verb "cantinflear" (to Cantinflas). Cantinflas was an improv master and, unless you speak Spanish, you won't be able to fully grasp his amazing rhythm and timing. The guy was a natural, and his long ad-lib monologues during which he uttered a lot of words without actually saying anything were memorable and put him in a league all of his own. Here's Cantinflas in Soy un prófugo (1946) explaining his compadre all about "the theory of the atom." Don't worry about the words: listen to his rhythm.

Unfortunately, most of the films to be shown don't have English subtitles and the ones in English (Pepe and Around the World in 80 Days) not only are not a good representation of what Cantinflas was all about — they're plain bad. If you speak Spanish, go see them all. If you only speak English but are a serious student of the art of comedic timing, I recommend El bombero atómico and El bolero de Raquel.

Each film will be screened for free at a different branch of the library, and here's the schedule. Good luck, and enjoy the ride. — Enrique Lopetegui