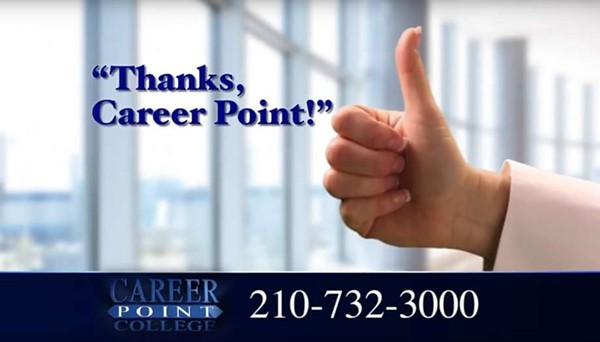 Career Point College—the for-profit university that ghosted on its students earlier this month—has responded to the lawsuits piling up against them by declaring bankruptcy.

The college's parent company, Dickinson of San Antonio, Inc., filed for Chapter 11 bankruptcy protection on Monday, signaling that its owners may be interested in keeping the private university system open. Debtors filing under Chapter 11 usually try to restructure their bankrupt company, cutting costs in hopes of eventually paying creditors back.

In its filing, Dickinson claims it has no more than $50,000 in total assets and owes nearly 200 creditors up to $10 million in liabilities.

Shortly following Career Point's unexpected October 18 shutdown, 52 students filed a lawsuit against the company, demanding an explanation and a reimbursement for the unfinished term's tuition costs—along with other weird costs students faced, like having to pay to schedule a financial aid meeting.

Career Point officials have yet to reply to students' urgent emails or calls asking for help with transferring credits or finishing classes that were cut short.

But students aren't the only ones Dickinson seems to have taken advantage of. In the Monday filing, the company lists more than 100 public and private organizations it owes money to. Dickinson owes Cox Media Group the largest individual sum of money—at nearly $600,000—followed shortly by American Express, the major publishing company Elsevier, and a few major health care organizations.