Carrie Brownstein Shreds on the Memoir 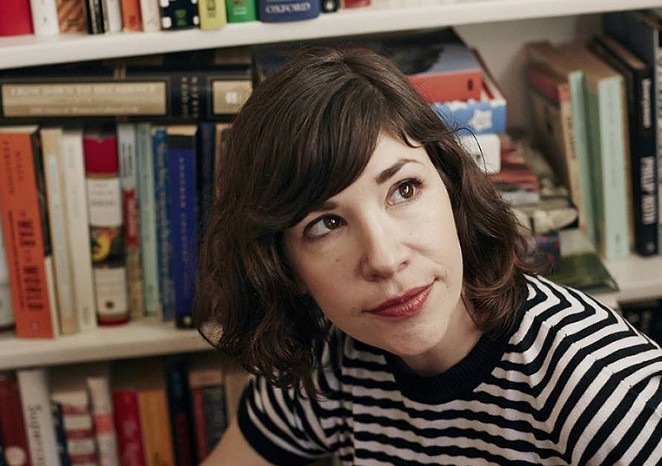 The musician's memoir — that timely mid-career staple and sales boost — is a form plagued by narcissism. Revisiting one's life demands a certain focus on the self, a hard evaluation of the highs and lows of the surprisingly unglamorous life of a musician. But, in recent years, vibrant writers like Richard Hell and Patty Smith produced work that read as if they wrote for themselves — a peek in the mirror, not a look through a window into another life.

If the boilerplate musician's memoir is a coked-out one-sided rant from a lofty narrator, Carrie Brownstein's Hunger Makes Me a Modern Girl is an honest couch conversation over wine. Exploring her childhood and tenure in the seminal '90s trio Sleater-Kinney, Brownstein writes with startling control and softness, an antidote to her feral guitar playing.

From the band to a childhood with an anorexic, absentee mother and closeted father, Brownstein has an acute sense of how a family works, those duct-taped relationships that bind and define us. A sparkplug child, she found a late-teenage home in the DIY community of riot grrrl Olympia. Here, Brownstein met (and briefly dated) Corin Tucker, with whom she'd form Sleater-Kinney. The trio was "the first unconditional love I've ever known."

As a powerhouse musician and undying fan, Brownstein pinpoints the emotions and moments that make music important: the teenagers bruising themselves at the front of the crowd to see the sweat and tactics of a personal hero. In Hunger, music is a life-giving force, providing something for the author to shape her world around.

As any road warrior could attest, banality is a core theme. Speaking with the New York Times, Brownstein called Hunger the "anti-Behind The Music," referring to VH1's masturbatory doc series. For every stage high or new experience, there's a requisite low moment. Most often it's the odd and hellish tour feeling of being surrounded by people and feeling utterly alone. Sometimes, it's funnier. "I think the best you can ever feel in a photo shoot is like a sexy clown."

From her sloppy first bands to her current status as rock 'n' roll's doyenne and Portland lampooner, Brownstein credits motion as her defining force. This is a person for whom a break isn't a time off, only a breath to begin the next action. Whatever it is, this pulse explains Brownstein's sweeping career, acting, shredding and writing with the grace that most artists wish they could master in one idiom. The hunger that thrusts Brownstein into modernity is the same hunger that makes her a generational talent.