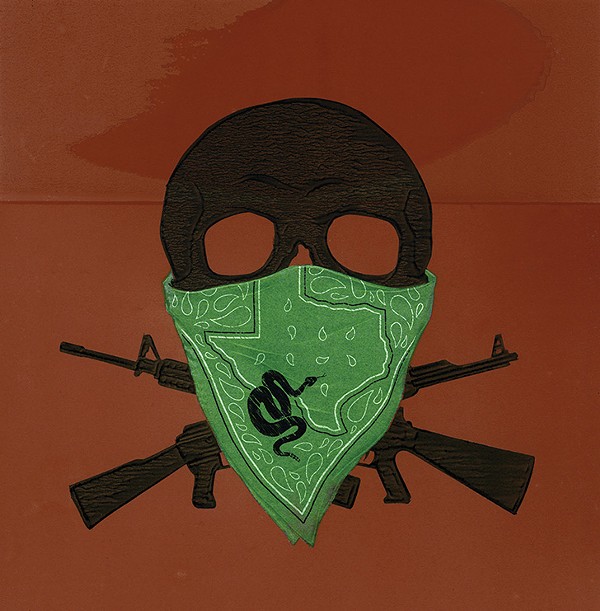 One evening in March 2011, dozens of assassins tied to the infamous Zetas drug cartel began to arrive in Allende, a small town situated in the northern Mexico state of Coahuila, a lucrative smuggling corridor that borders the Texas city of Eagle Pass.

U.S. officials say Marciano Millan Vasquez, who went by the nickname Chano, was part of the house-to-house sweep that night, a cartel sicario who helped indiscriminately round up, kill and disappear dozens, if not hundreds, of people as payback for a top cartel member who'd later turn up in a Texas court as a witness for federal prosecutors. At his trial last summer in a San Antonio federal court, jurors convicted Vasquez for his role in the Allende massacre as well as several other cartel killings. Witnesses who testified described seeing stomach-turning acts of violence carried out by either Chano's own hands or on his orders. On Wednesday, a federal judge handed him seven life sentences.

"Without mercy or compunction, he brutally murdered anyone and everyone as it suited him and his cartel, at times inflicting the cruelest of pain, forcing relatives to watch their loved ones murdered before he turned his blades on them," U.S. Attorney Richard Durbin said in a prepared statement on Wednesday. Durbin said Wednesday's sentence marks an end to Vasquez's "reign of terror over the drug plaza in Piedras Negras," where prosecutors say Chano rose to the top rungs of the Zetas organizational ladder just as the cartel's blood thirst reached its height.

At his trial last summer, witnesses testified to seeing Vasquez, who was arrested at a West Side San Antonio home in 2015, covered in blood after he and other cartel assassins killed a phone company worker accused of snooping on Zetas communications. Another former drug trafficker testified to seeing more than a dozen people murdered and dismembered with an ax, either by Chano himself or on his orders – including the butchering of a 6-year-old girl in front of her parents.

In court, federal prosecutors also tied Chano's rise within the cartel to a wave of killings, abductions and disappearances that paralyzed Coahuila around the time of the Allende massacre, as the Zetas fought for and seized control of many of the region's drug smuggling arteries into Texas. Human rights activists and journalists covering the country's drug wars have called it one of the darkest periods in the modern history of northern Mexico. Prosecutors in San Antonio also detailed a sweeping corruption and money laundering operation that they say reached the top levels of state government in northern Mexico and allowed the Zetas to extort and kill with impunity for years.

A recent bombshell investigation by Pulitzer Prize-winning reporter Ginger Thompson, who attended much of Vasquez's trial last summer, concludes that federal investigators' mishandling of sensitive information ultimately triggered the Zetas' spasm of violence in Allende in 2011. While there's still no firm count of how many people died in the massacre, former cartel members who testified at Vasquez's trial put the number of victims at around 300.

Meanwhile, people who survived the purge in Allende, the family members that victims left behind and human rights workers have all pointed to trials like Vasquez's as sign U.S. officials know more about the Allende massacre than they've been willing to make public. In a report last year, authored by a well-known human rights activist and sponsored by a government-backed victims' rights committee, they call Allende a complete top-down government failure that allowed for both a massacre and its years-long cover up. They argue that what happened in Allende is an example of "bi-national criminal violence," and that American officials prosecuting the people responsible for that violence have a responsibility to share what they've learned with researchers, victims and their families.

Instead, as the report put it, "The opacity of the United States obstructs the truth."

See also: How Guns, Drugs and Corruption Turned a Mexican Border State into a Graveyard