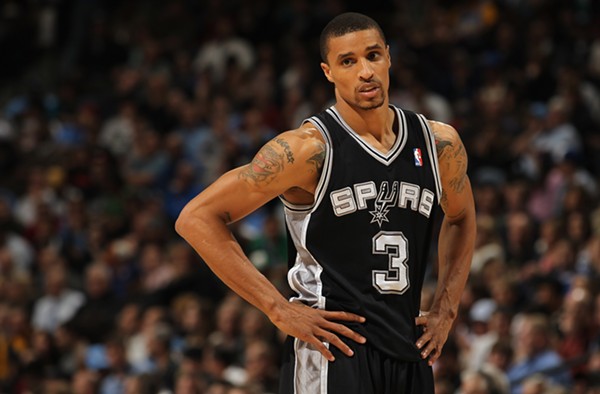 It looks like San Antonio is still a second-home for Indiana Pacers' point-guard, and former Spurs' fan-favorite, George Hill. While playing his first three NBA seasons Hill became popular with the Spurs' fans not only for his play on the court, but also for his charitable work in the San Antonio community. Since finishing his rookie season with the Spurs, Hill has held an annual basketball camp in Texas to benefit underprivileged kids within the community.

Since the trade that sent George Hill to to his native Indiana, the player has remained active in the San Antonio community. On Saturday, August 15 George Hill will host a casino-night to benefit his foundation, George Hill Rising Stars from 7 to 11 p.m. at On The Rocks Pub ( The event will feature roulette, black jack, Texas Hold 'em, and craps.
Donations will be accepted at the door and semi-formal attire is required as well as a big thank you to George Hill for continuing to serve our community.