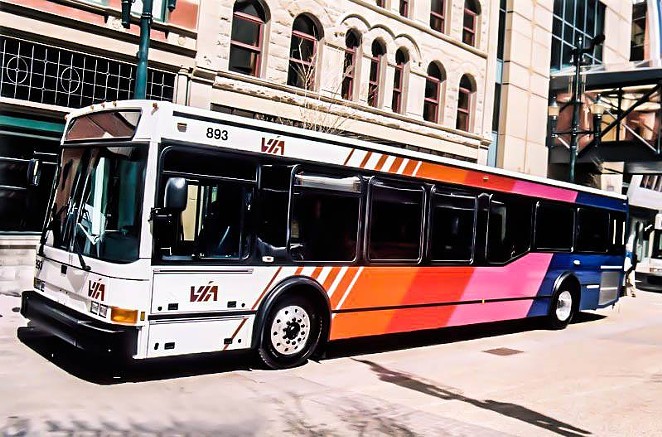 Despite an item on the May 7 ballot from Castle Hills that could cancel VIA Metropolitan Transit service to the municipality, the transportation agency shows its value to the community through complimentary service to the polls on Election Day.

That's right, Castle Hills is again attempting to cut VIA service — despite hundreds of people who use the transit service each and every day.

“We at VIA are proud to provide the communities we serve vital connections and access to opportunity," Arndt says. "By offering complimentary rides on Election Day, we are highlighting the important role public transportation can play in helping people engage in the process and have their voices heard.”

And, of course, VIA wouldn't mention Castle Hills' proposal. That's not appropriate. What is right, though, is providing another avenue for voters to get to the polls — especially with the plague of low voter turnout in Bexar County.

The rides are free under the transportation agency's "Ride VIA to Vote" initiative, which began on March 1 of this year.

All riders need to do is present a valid voter registration card when boarding either regular bus service and VIAtrans paratransit service (VIAtrans customers should schedule their trip in accordance with normal policies and procedures).