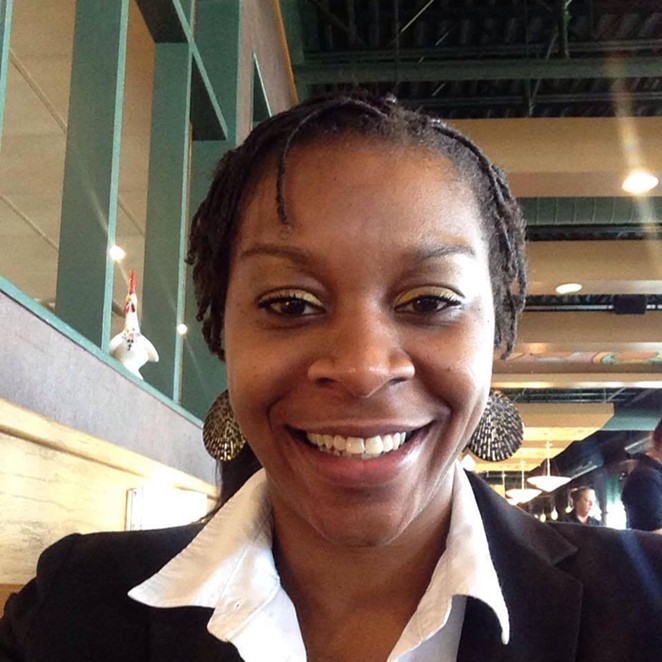 Video recorded by Sandra Bland, who died in police custody in July 2015, has been released, offering a new vantage point on the controversial arrest.

Bland was pulled over in rural East Texas for failing to signal a lane change, arrested and died in jail three days later. Her death was ruled a suicide, though activists from the Black Lives Matter movement maintain her death was avoidable. The incident highlighted the outrage many feel about how white police officers interact with black people.

The footage, obtained by a Dallas' WFAA in partnership with the nonprofit Investigative Network, aired Monday night, providing a look at Bland's viewpoint for the first time since her arrest. With the release, Bland's family is arguing that the Texas Department of Public Safety purposely withheld the video, sparking questions about police misconduct and accountability.

Officials with TDPS told the Washington Post that the clip was included in evidence, though an attorney representing Bland's family said he never saw it.

Bland's footage, which has been uploaded to YouTube, shows snippets of Texas state trooper Brian Encinia, who can be heard yelling phrases like "get out of the car" and "I will light you up!" Encinia was later fired and charged with perjury, though the charge was ultimately dropped. In exchange, Encinia agreed to never work as a police officer again.

In the video, Bland questions why Encinia threatened to use a Taser on her in a traffic stop over a turn signal. After the trooper demands that she put down her phone, she tells him, "I have a right to record."

You can watch the footage below.
Stay on top of San Antonio news and views. Sign up for our Weekly Headlines Newsletter.