Pinning down the music of cellist Maya Beiser is a tricky proposition. In concert, her multitrack, prerecorded loops dance around her cello like variations in a mirror and her repertoire includes classical texturalist Phillip Glass and Led Zeppelin. Certainly, her music is as disruptive to the idea of classical music as it is beautiful. Thursday night, Beiser brings her All Vows performance to San Antonio with the help of bassist Gyan Riley and Wilco drummer and composer Glenn Kotche. Over the phone, we spoke with them about the All Vows program, looping and the intersections of classical and pop.

Are the distinctions between classical and non-classical music important to you?

It really doesn't mean much to me. It's about figuring out a language that works for me and works for my cello. The cello is the lens through which I communicate. What I try to do is channel all this music that makes sense to me and I would like to communicate to other people.

What does multitrack layering and looping open up for you?

I've always been interested in the juncture between this ancient acoustic instrument and cutting-edge technology. The ability to create all these voices at once has been really interesting to me. In college, I realized I wanted to do something that felt relevant to me and my generation. From that moment on it was about figuring out how to do that. It was clear to me from the beginning that I needed to connect my cello to a computer.

I'm constantly on this journey of experimenting with technology and ways to create a live experience that is cool for me and my audience. It's a great way to bring people into the process, even if you don't see everything. You get to see some of the architecture of the music.

I try to also create completely acoustic moments, because I think that element is also really important. I think a lot of it is creating the gamut of the human experience and being able to have these ideas and images and just create them in an immediate way.

Could you explain the meaning of the phrase All Vows?

All Vows is a translation of Kol Nidre, the most important prayer in the Jewish liturgy. It's a really important moment in every Jewish life, though I didn't grow up religious at all, I grew up in a kibbutz [Israeli commune]. For me, music became my religion and I really look at the concert performance of this form of ritual as a spiritual environment in its own kind of way. That's important for me in concerts to get to that connection, that energy and spiritual moment. 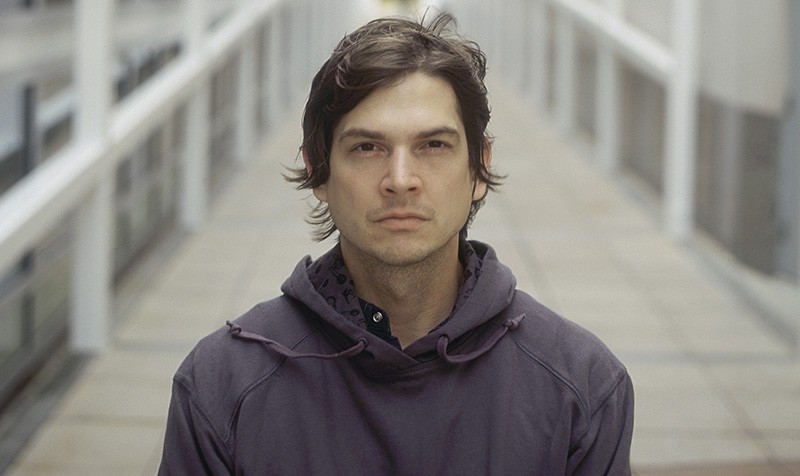 When did you know you wanted to play both indie rock and classical music?

I've always juggled both, but for the past 15 years, Wilco has been my predominant musical outlet. For the first five or six years of being in Wilco I was completely satisfied, but at the same time felt a little bit like something was missing from the musical balance I've always had. And I wanted to investigate that again. That's when I started composing for myself and later as people asked me to commission pieces for them, I really stretched out in that area and found my voice and what I wanted to say.

Since then it's been a tricky balance, but personally and musically, really gratifying.

It's all mutually informative. The different situations I've found myself in have cross-pollinated and things that I realize in one genre could really have an impact on me in the other.

When Maya asked you to commission a piece for this show, what did you write?

I didn't want this to be with any pre-recorded tracks so instead it's using effects-processing live, creating seven other layers of herself that she's performing with. All the music she is playing she is performing onstage, but it's delayed within a few seconds. It ends up being this swarming live sound installation for lack of a better term.

What is it about her playing that draws you to Maya's work?

It's her relentless pursuit of new territory and challenging herself. Someone who's been successful in her arena for a long time doesn't need to do that. That speaks to me and says this is the type of personality that resonates with me and that I want to make music with. That spirit of fearlessness is crucial to me and that's something that really comes across in these performances.