Strong winds and a possibility of snow are in store for the Hill Country Thursday, according to reports from the National Weather Service. Gusty winds are expected all day for much of South Central Texas.

An interesting forecast for Thursday night/early Friday across the Hill Country (area shaded blue). That's right! There is a slight chance for rain mix with snow as an upper level disturbance moves across central Texas. No snow accum. expected. #txwx #rainmixsnow #hillcountry pic.twitter.com/a3CjMinkc5

San Antonio could experience wind speeds up to 50 miles per hour, while  temperatures are expected to remain in the 50s. Due to those gusts, outdoor burning is not recommended.

While a lot can change in the next 36 hours, precipitation is predicted for parts of Kerr, Kendall and Burnet counties Thursday night, which means a chance of snow.

San Antonio last saw considerable (for these parts anyway) snowfall on December 7, 2017. Parts of North Texas experienced a thicker blanket of snow last year, but San Antonians were still plenty excited about a real snow day — its first since the mid '80s.

Slideshow San Antonians React to the First Real Snowfall Since 1985 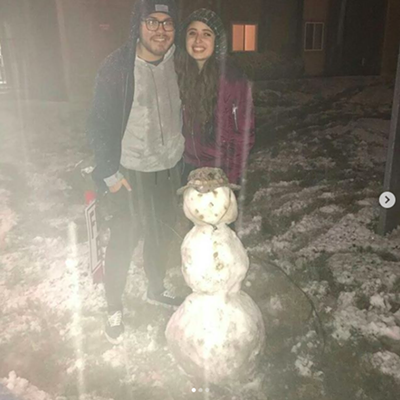 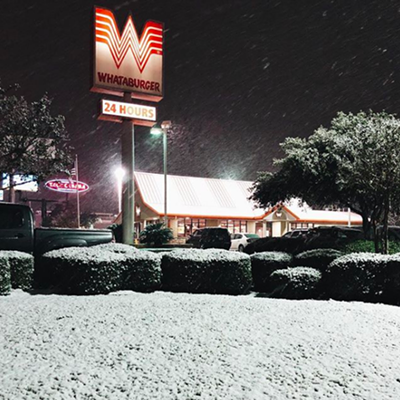 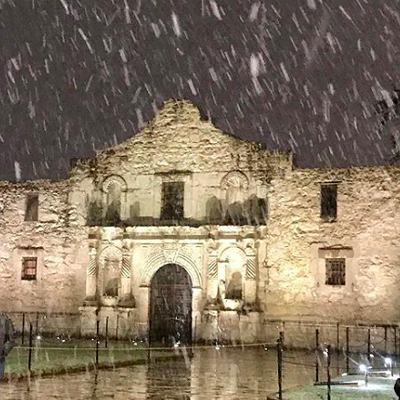 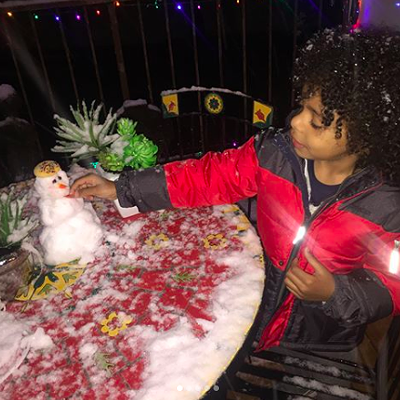 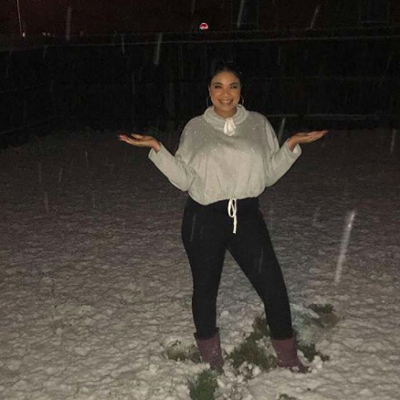 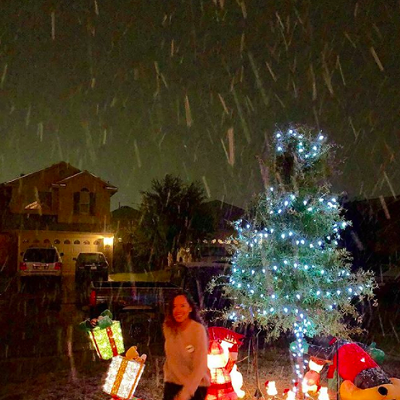 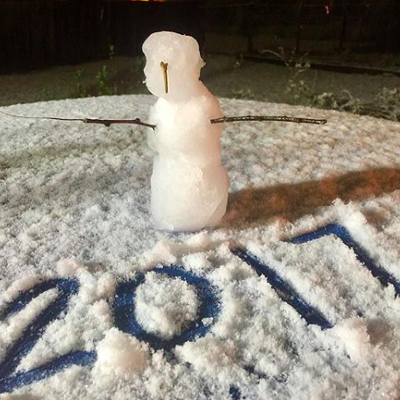 San Antonians React to the First Real Snowfall Since 1985
By San Antonio Current Staff
Click to View 45 slides
Stay on top of San Antonio news and views. Sign up for our Weekly Headlines Newsletter.