Check Out Ramsay Bolton's Soft Side in His Folk-pop Band 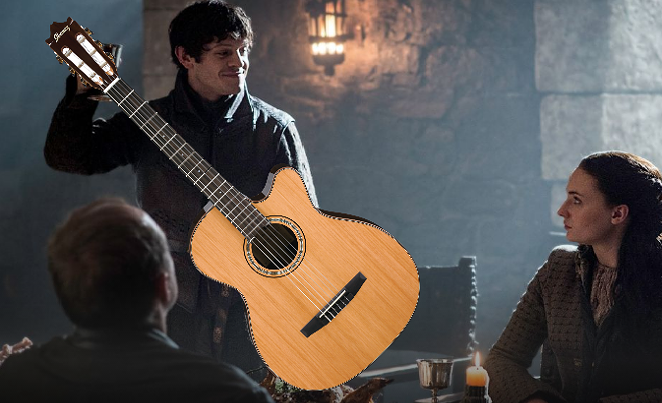 What happens when the "most hated man on TV" trades daggers for an acoustic guitar?

When Game of Thrones bad boy Ramsay Bolton's not releasing the hounds, raping, murdering or flaying, he spends his free time writing John Mayer-esque pop tunes and filming corresponding music videos. As a reverse-emo, Bolton inflicts his internal torment onto others as a way to soothe his angst, and now, with a record deal, he's not just causing bodily harm.

If GOT would focus less on the 99.9% of the time Bolton commits acts of unadulterated evil, and more on his travels from OG Bolton HQ, the Dreadfort, to a chill coffee shop every Friday night to promote his music, it'd makes him seem less like an evil asshole and more of the "misunderstood, tortured artist" he really appears to be in his video for "Bang! Bang!"

If you value your life, buy his debut album Dinard and learn/love all 11 songs by heart. Y'know, just in case you're up north in Westeros and happen to cross paths with Bolton mid-killing spree, so you don't seem like a total poseur as you beg for your life. And if you say "Courthouse to Crackhouse" is your absolute fave, he may go easy on you and just chop your frickin' head off instead of his go-to flay job.