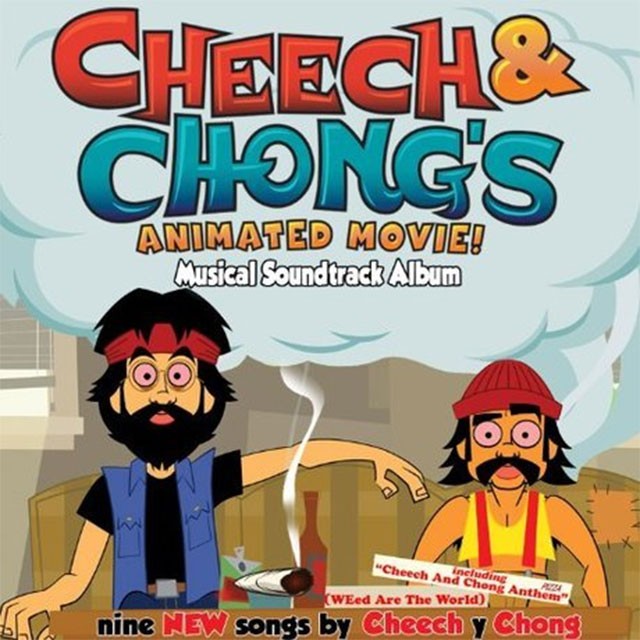 No matter what you think of comedy legends Cheech and Chong, their mastery of the stoner genre is undisputed. They have more hits, pardon the pun, in film, comedy records, and performance than a lot of “serious” artists. Cheech and Chong’s Animated Movie! Musical Soundtrack Album (their first album since 1985’s Get Out of my Room) goes hand-in-hand with the actual movie, to be released in theaters April 18 and on DVD/Blu-ray April 23. Songs like “Marijuana,” “Bajito y Suavecito” and “Pachuco” are musically legit enough to end up on barrio party band set lists, and “Smoke a Doobie Time” is made for the dance floor. The record gets political with “Medical Marijuana Blues,” the antiwar anthem “One Day,” and lines like “We’re on the run from los cochinos/They’re rounding up all the old hippies and Latinos” (“Weed Are The World”). If anything, the album has enough ammunition to be the soundtrack for pot parties all over the country. Regardless of whether the duo causes the birth of the mari-oke singalong phenomenon, one thing’s for sure: Cheech and Chong know their audience … and they also know pot.