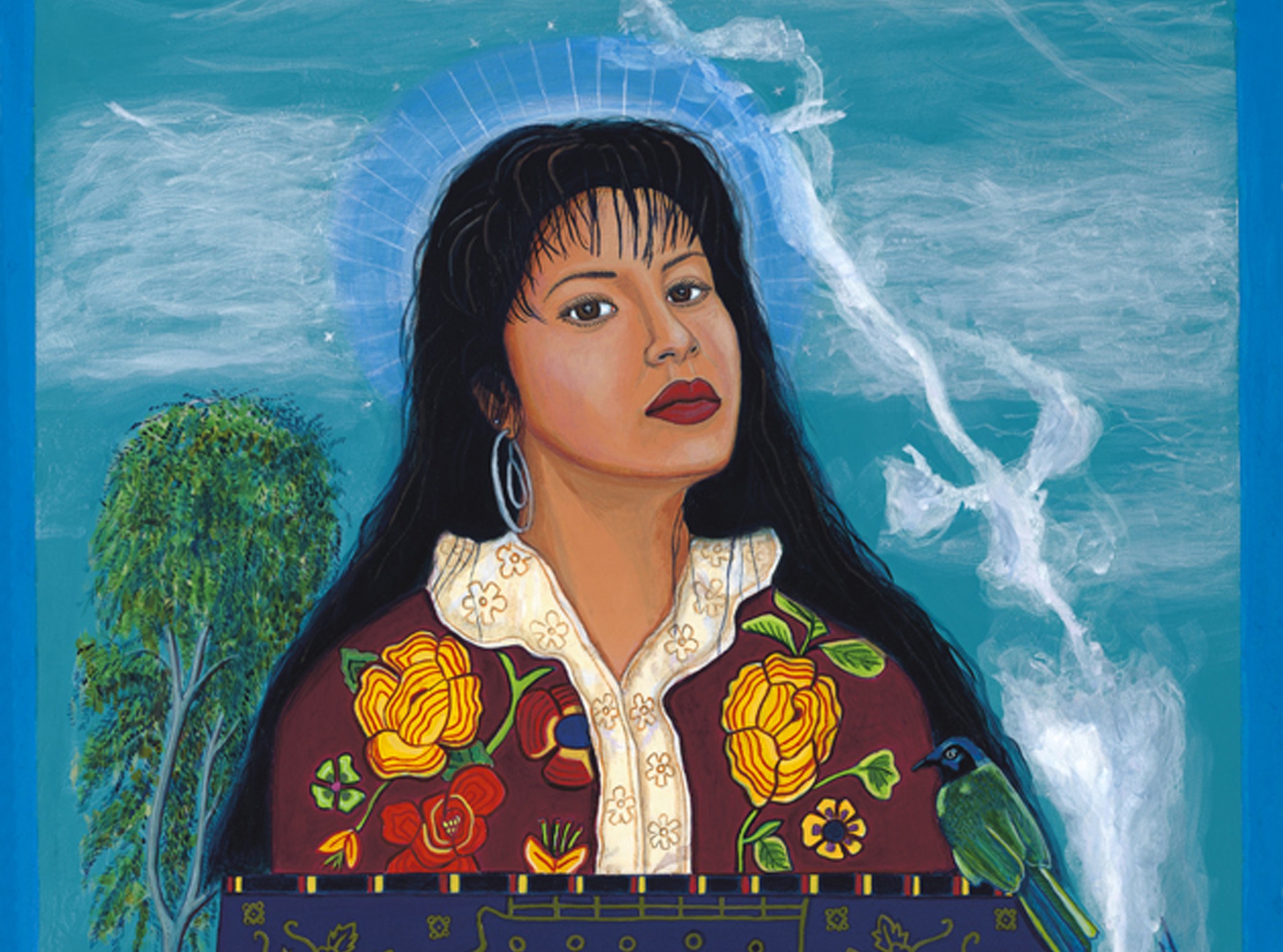 For the first time, a pair of nationally known Chicano artists from South Texas are showing their work side-by-side in "Arte y Tradición de La Frontera: The U.S.-Mexico Borderlands in the Works of Santa Barraza and Carmen Lomas Garza," on view through May 24 at Texas A&M University-San Antonio's Educational & Cultural Arts Center in Market Square.

In another life not so long ago, the center actually went by a better-known – though not necessarily widely acclaimed – name: Museo Alameda. The high-profile project was launched in 2007 by big-name backers with the lofty goal of becoming the national crown jewel of Latino arts and culture. When that effort ended in bankruptcy in 2012, the city persuaded TAMUSA to take over with a new five-year lease.

A catchier moniker remains elusive, but the reconstructed Alameda, still generally referred to as the "museo," is rumbling with renewed life after having only two exhibits last year. In conjunction with "La Frontera" exhibit, TAMUSA is presenting a running symposium through May, "The U.S.-Mexico Borderlands: Yesterday, Today and Tomorrow." Barraza and Garza, both of whom hail from Kingsville, will be conducting workshops. A full slew of exhibits and educational programs is planned for this year, said Alicia Viera, the center's director of cultural programs.

"I thought showing these two artists together would be a perfect complement to the symposium," Viera said. "Both of these artists grew up in the borderlands and both still have family in South Texas. Despite similar backgrounds, they have very different styles. They both celebrate their Mexican-American culture and their work is inspiring, but they do it their own ways."

The "Borderlands" symposium kicks off Saturday with a discussion of education and economic development issues at the TAMUSA campus on the South Side. Julián Castro, current U.S. housing secretary and former San Antonio mayor, will speak at a session on immigration on March 28. Bryan Shaw, chairman of the Texas Commission on Environmental Quality, will conduct a session on environmental issues affecting air, water and land on April 11. The symposium wraps up May 2 at the ECA Center with a panel on border news coverage.

"La Frontera" exhibit and "Borderlands" symposium show what the university is capable of doing with the ECA Center, said Marilu Reyna, TAMUSA spokeswoman and ad hoc administrator of the center. She said the plan is still to turn the former Museo Alameda into an educational and cultural center emphasizing Latino culture.

"We're hoping that the Educational Center will be the catalyst for a fine arts program. We have exhibits lined up through the end of the year, and we will have many more educational programs," she said. "Emphasizing Latino culture is a good fit for us and it's something that no other university is doing ... we hope to bring in artists from around the world and the definition of Latino art will be pretty broad."

On Valentine's Day weekend, the university put on "The Texas-Size Breach Project." Area artists were invited to create large-scale prints using industrial tools and construction machinery, such as a steamroller. The giant prints will be featured at an exhibit opening March 12 at the ECA Center as part of Contemporary Art Month. Artists include Ricky Armendariz, Ana Fernandez, Vincent Valdez and others.

Other planned exhibits include a retrospective of San Antonio artist Mel Casas, who died last fall, as well as a "Tree of Life" exhibit.

Currently, the local Univision TV affiliate is leasing a portion of the ECA Center. Journalism and communications students have met for classes in its studios. Empty offices are the only remaining unused space, Reyna said. Eventually, the center plans to alternate exhibits in its upstairs and downstairs galleries so something is on display at all times. The center is also available for rentals, though usually for small groups that meet for cocktails and a chance to see the exhibits, according to Reyna.

Most of the monthly symposium sessions accompanying "La Frontera" exhibit will be held at the new 430-seat auditorium on the west side of the Central Academic Building on the TAMUSA campus. The auditorium is equipped to handle most concerts and lectures, as well as small set theater productions.

"With the ECA Center and the new auditorium, the university has some excellent facilities to begin a fine arts program with visual art and theater components," Reyna said. "The 'Borderlands' symposium shows how we intend to tie in educational programs with exhibits at the center."

"La Frontera" features two artists who grew up in Kingsville, went to high school together and studied at what was then still Texas A&I University. Barraza, whose large-scale paintings are inspired by ancient New World codices, teaches art at the renamed Texas A&M University–Kingsville. Garza has spent most of her career in San Francisco, but her work is strongly rooted in her Mexican-American childhood, made popular by her bilingual children's books, Family Pictures/Cuadros de familia and In My Family/En mi familia.