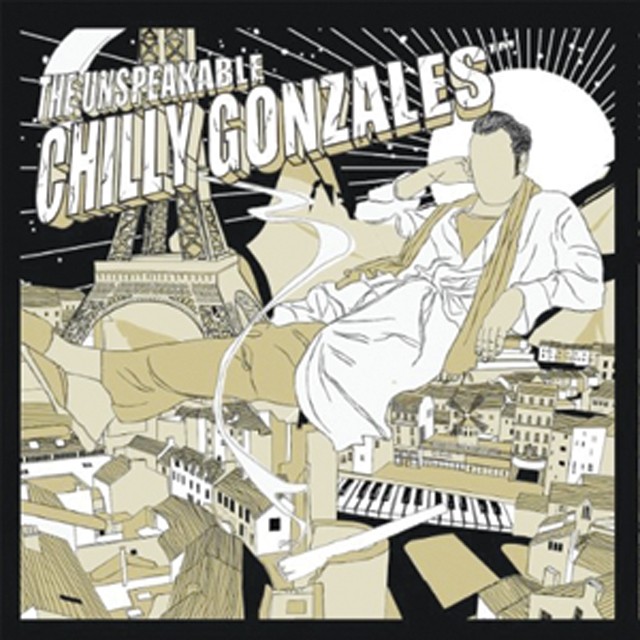 After setting a world record for the longest performance by a solo artist and starring in a quirky feature film, Canadian emcee Jason Charles Beck, aka Chilly Gonzales, returns from the laboratory with what his PR team calls "the planet's first all-orchestral rap album." With apologies to Los Angeles' amazing Dakah Hip Hop Orchestra, Beck's latest record is equal parts Sergei Prokofiev and MF Doom. The self-created Jewish supervillain emcee makes this effort a family affair, with his Hollywood film-composing brother Christophe Beck handling arrangement duties on the album's ambitious multifaceted tracks. Amidst lush Hollywood swells and sweeping tympani rolls, Gonzales channels his inner Larry David, spitting self-referencing rhymes that come across more as confessional monologues than say, forty bars. Lacking the delivery and personality of fellow Canuck and sometimes-collaborator Buck 65, Beck's dense, albeit humorous flows don't always connect. Despite being a virtuoso pianist, one gets the sense that Beck is still finding his voice as an emcee and hasn't fully grasped how to best utilize this newest instrument. Beck deftly addresses these inner conflicts in his music and should overcome them in time.