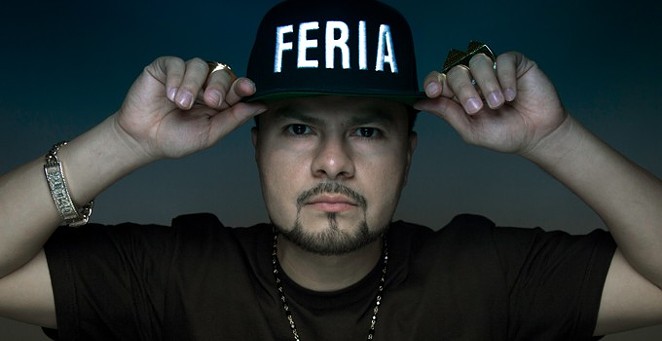 Comedian, rapper, actor and entrepreneur Chingo Bling is returning to San Antonio as part of his summer "No Mames Comedy Tour." The self-proclaimed Ghetto Vaquero will be performing at the Guadalupe Theater (1301 Guadalupe) of the Guadalupe Cultural Arts Center Friday, July 17 at 8 p.m.

While a Houston native, Chingo Bling, born Pedro Herrera III, is a Trinity University graduate who started his career in San Antonio selling mix-tapes at the Poteet Flea Market. Since 2000, Bling has been a part of numerous Youtube and MTV videos, acting roles and entrepreneur ventures.