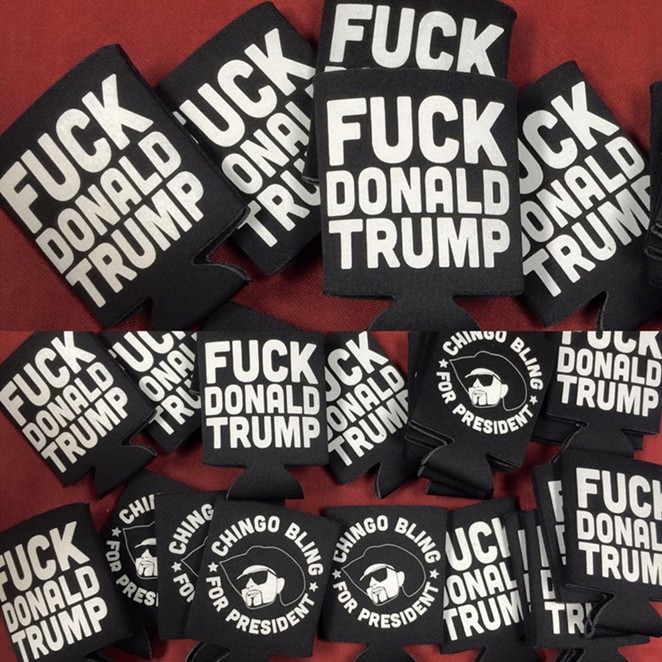 H-Town's "Tamale Kingpin," is taking the fight back to the man, one Bud Light at a time! What better way to drown the sorrow of some gargantuan, turd-of-a-human-being like Donald Trump leading the field of fellow GOP pendejos than with a koozie that gets right to the butt of the point of the fact of the matter?

Chingo Bling, born Pedro Herrera, is putting his Trinity marketing degree to good use. When not rapping, making inflammatory koozies or running for the highest political office in the United States, he is touring as a comedian.

Ironically, as the political process becomes open to more and more self-branded, megalomaniacal grand-standers, far worse than the "Ghetto Vaquero," El Presidente Bling may, one day, stand a chance of parking his car on the White House lawn, propping his ostrich boots up on the Oval Office desk and staining classified briefings with Big Red and Barbacoa. Shhhhiiiiiiit, he's got my vote.

You can cop one here.