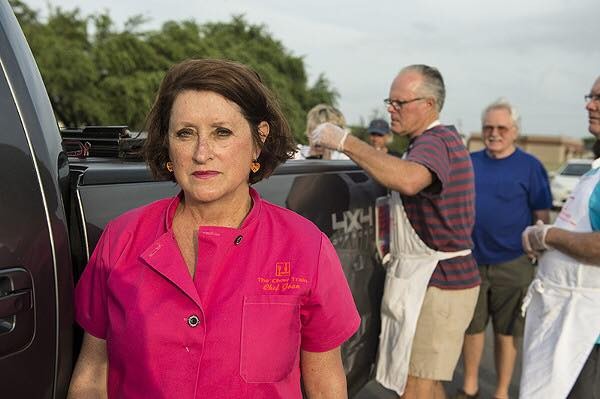 More San Antonians are heading to Louisiana to help victims of the recent flood. Joan Cheever of The Chow Train will lead a group of 10 people in helping feed flood victims this weekend. The truck and a trailer pulling supplies and donations from local farms left for the water-ravaged city of Denham Springs on Friday morning.

Cheever, who's known for feeding the homeless out of her trailer on Tuesday evenings, is taking donations from Peralta Farms and Hudspeth River Ranch to cook fresh, veggie-filled meals. She's also taking staples like her green chicken enchiladas and Cambodian chicken (a recipe from friend and neighbor Susan Sypesteyn) along with flour tortillas with her. 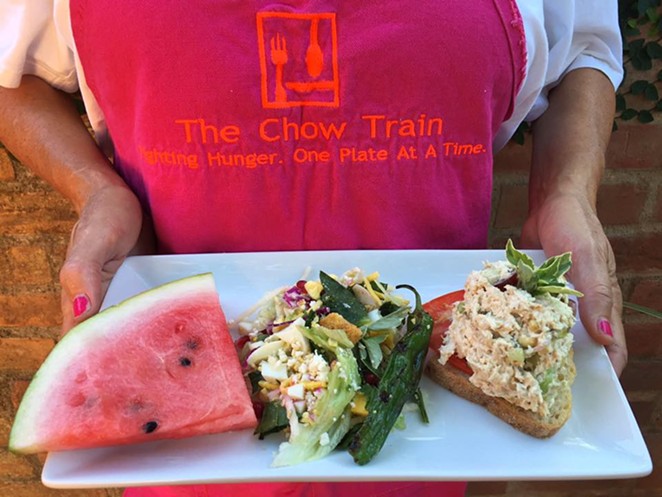 This trip to Louisiana will make the 9th relief effort for The Chow Train, which came under unnecessary scrutiny for feeding homeless people early last year. The trailer first helped feed victims of the Joplin, Missouri tornado in 2011 and has gone on to help other disaster-struck cities including San Marcos and Wimberley during last year's flooding.

The Chow Train is a 501 (c)3 non-profit and monetary donations can be made by visiting thechowtrain.com.