Cine File looks at two pieces of resistance: 'Army of Shadows' and 'The Battle of Algiers' 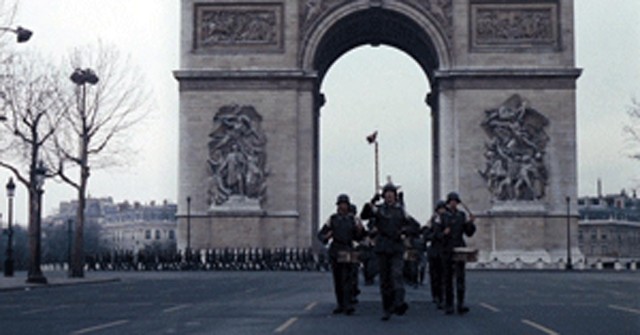 French filmmaker Jean-Pierre Melville is best known for making cool, detached gangster films such as Le Cercle Rouge and Le Samouraï (not that anyone’s walking around talking about them on a regular basis or anything). He clearly liked movies about guys in fedoras stealing diamonds, which makes his most personal film, Army of Shadows, stand out in sharp distinction. Quick backstory: Melville fought with the underground French Resistance against the German occupation during WWII. It is these personal experiences that inform Army of Shadows, a dramatically bleak view of life during the Resistance. In Army of Shadows, Melville documents the fight to stay alive, with the constant threat of being double-crossed and the ever-present challenges of finding safe houses to hide in, plotting escape attempts from prison, or trying to aid the Allies in planning an invasion. Though the ultimate moral cause of the resistance seems clear, the film, as the title suggests, bravely probes into the dark shadows needed to achieve that goal. Also of note: This film was never shown in the U.S. until 2006, at which point it was regarded as one of the best films of the year.

Whereas Army of Shadows shows the bravery of the French in trying to kick out their German occupiers, another film from the 1960s, The Battle of Algiers, presents a similar story but from another perspective — the Algerian resistance to the French occupation during the 1950s. Ah, the irony. This film might be the only one that is somehow loved both by resistance movements and the CIA, for it walks an interesting “objective” line in showing the perspectives of both the resistance and the occupiers, and specifically the tactics used in urban warfare. Shot on location in Algeria using many non-actors, the film seems very realistic and authentic, or at least as much as one could expect. This is basically a film about terrorism, but it challenges the viewer to try and find any sense of moral center, precisely because it drops the viewer right into the middle of the debate. If only real-life debates about the forces of terrorism were as nuanced as fictional film.

Cine File is a random reference guide to help explore the vast catalog of films available on Netflix instant viewing, with special emphasis on the interesting, the unusual, and the ones that got left behind.