Cinema of Resistance: CineFestival Looks at Cultural and Political Landscape to Inform This Year’s Film Lineup

Political activism has been at the root of CineFestival ever since filmmakers started screening their work as part of the Chicano Film Festival in the late 1960s. Since then, the nation’s longest-running Latino film festival has evolved, undergoing several new iterations over the years. But it has always inspired filmmakers to tell stories about and speak out for Latinos around the globe.

It’s more important than ever that the 41st Annual CineFestival, July 11-14, continues to promote Latino issues in a way that can help combat the rise of racism and the vilification of Latino communities during Trump’s time in office. From the U.S.-sanctioned “detention centers” where immigrant children are being held in terrible conditions to the push for legislative protections for DACA recipients to the emotional narratives about Latinos in the LGBTQ community fighting for their rights and lives, CineFestival is doing its part and making a stand.

“Part of a programmer’s role is to assess the cultural and political landscape to identify issues and themes that are influencing filmmakers and affecting the communities they represent,” said CineFestival programmer Manuel Solis, also a Current contributor. “As a cinema of resistance, Chicano cinema is influential.”

Forty-two films will screen at this year’s festival, whose theme is Frontera in Focus. Of these 42, 30 were shot in Texas or by a Texas filmmaker, while 17 were shot in San Antonio or by a San Antonio filmmaker. Twenty-four were directed or co-directed by women.

“For the Guadalupe right now, it is very important to foster local and regional art in storytelling,” said Cristina Balli, executive director of the GCAC. “We want to focus on Texas, the Texas Latinx experience, and nurture the community of Texas filmmakers. The Guadalupe and CineFestival have always presented border art, but at this point in time it is a very relevant subject.”

What follows are four short reviews of films screening at this year’s CineFestival:

Part gripping documentary, part high-energy heist flick, this hybrid cinematic experience from co-directors Alex Rivera and Cristina Ibarra creates a unique and a vital — albeit “fictional” — first-hand account from inside immigrant detention facilities where detainees are held with little hope. The Infiltrators is unflinching yet entertaining storytelling and couldn’t be timelier in this oppressive age of Trumpism. 7 p.m., Thursday, July 11

The Garden Left Behind

Anchored by a fantastic performance by first-time actress Carlie Guevara, The Garden Left Behind is an authentic and touching drama centered on the life of Tina (Guevara), a Mexican trans woman living in NYC as she makes her transition and fights for a better tomorrow for her and her friends in the LGBTQ community. Co-writer and director Flavio Alves tells Tina’s story with compassion and writes every underrepresented trans character — all portrayed by trans actors — with ample heart. 9 p.m., Friday, July 12 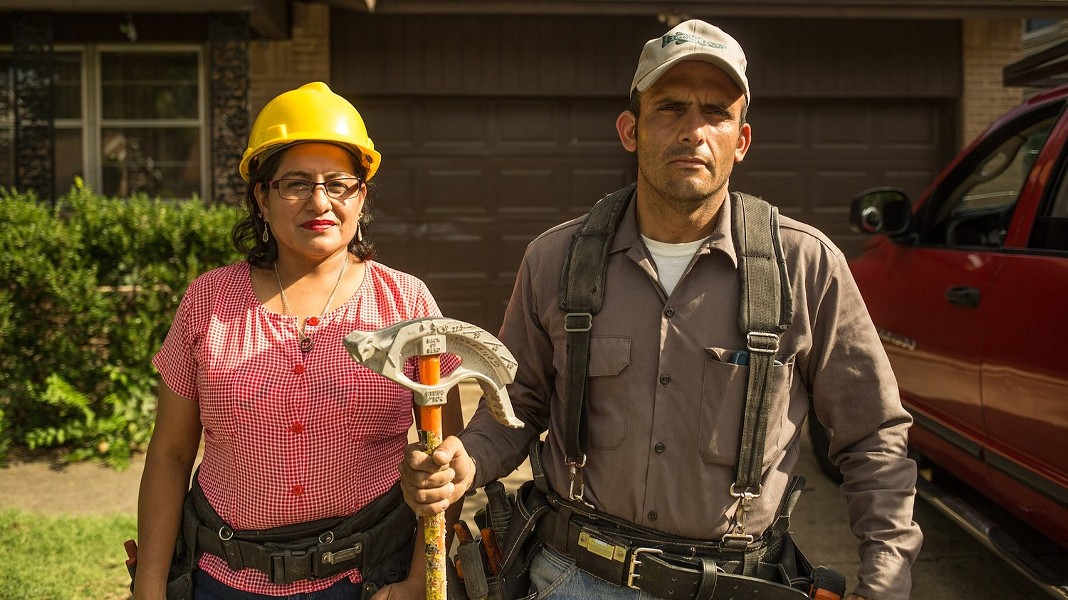 An eye-opening documentary on the dangerous conditions undocumented workers face every day in the construction industry, director Chelsea Hernandez delivers a compact and powerful gut punch — the kind of film that can drive change if enough eyes see it. These heartbreaking stories make an incredible impact and force viewers to grapple with another immigration issue that has been pushed to the side for far too long. 6:30 p.m., Saturday, July 13

A lyrical, Harlem-based coming-of-age young romance, Premature features a winning feature debut performance by the film’s co-writer Zora Howard, who also penned the poetry for the underappreciated 2011 drama Gun Hill Road. As Ayanna, a 17-year-old poet who falls in love with an aspiring musician (Joshua Boone), Howard is heartbreaking. Although the film takes a turn for the somewhat predictable in the third act, co-writer and director Rashaad Ernesto Green’s (Gun Hill Road) mature filmmaking style is elegant and awe-inspiring. 7:30 p.m., Sunday, July 14