Summertime means movie time. Luckily, Thanos didn’t kill off any characters outside of his own franchise. The summer movie lineup is jam-packed with everything from Dwayne “The Rock” Johnson leaping from tall buildings in a single bound to a crime thriller featuring Sesame Street-like puppets doing a lot of very bad things. We always knew Grover was a bit nuts.

Here’s a look at some of the movies hitting theaters in San Antonio in July and August.

A prequel of the dystopian film series, which started in 2013 with the original The Purge and continued with 2014’s The Purge: Anarchy and 2016’s The Purge: Election Year, the new installment shows audiences how the violent tradition – the legalization of crime once a year for 12 hours – started. On one of the movie’s posters, the title is emblazoned on a red “Make America Great Again” hat. Yeah, that sounds about right. Opens July 4.

Ant-Man and the Wasp 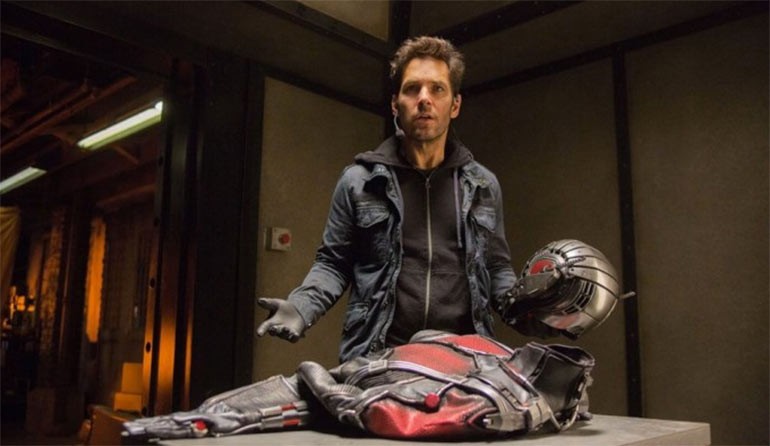 Marvel superhero Ant-Man (Paul Rudd) may not have gotten any screen time in Avengers: Infinity War, (good thing since Thanos probably would’ve squished him like a bug), but his own sequel should make up for it. Rudd joins forces with actress Evangeline Lilly, who reprises her role as Hope van Dyne, aka The Wasp. This time, she will get to wear the Wasp suit that was left to her by her late mother. Opens July 6.

Dwayne “The Rock” Johnson continues to make the case that he’s this generation’s Arnold Schwarzenegger with another action movie that features the former professional wrestler flexing his forearms and blowing shit up. In this one, he stars as a former FBI agent and the head of security for a Hong Kong skyscraper that is overtaken by terrorists. Opens July 13.

The documentary tells the story of three strangers – Robert, David and Eddy – who find out by happenstance they are identical triplets separated at birth. The revelation uncovers a dark past that takes this seemingly joyous human-interest tale into disturbing places and explores what The Daily Beast calls “the seedy underbelly of science.” Opens July 13.

No one was really demanding an Equalizer sequel, but Denzel Washington is back, so it looks like he’s game to reprise his role as retired CIA black ops operative Robert McCall. In this round, Robert seeks revenge for the murder of his CIA agent friend Susan (Melissa Leo). Opens July 20.

Even at the age of 55, Tom Cruise isn’t slowing down in the least. He reprises his role as Ethan Hunt for the sixth time since the original action film debuted in 1996. Hunt is on a new assignment, of course, but details on the film are limited. All we know so far is that the team is attempting to stop a global catastrophe. Opens July 27.

Mark Wahlberg teams up with director Peter Berg (Lone Survivor) for the fourth time in his career. The action thriller casts Wahlberg as James Silva, an elite CIA officer who is tasked with moving someone with critical intelligence out of a foreign country. John Malkovich and former mixed martial arts fighter Ronda Rousey also star. Opens August 3.

This critically-acclaimed film is a coming-of-age story about a 13-year-old girl’s awkward last week of middle school. Kayla (Elsie Fisher) lives with her single father and doesn’t have many friends. She spends her time making YouTube videos that no one watches and tries to survive her final days before becoming a freshman. Opens August 3.

Filmmaker Spike Lee’s newest joint tells the true story of Ron Stallworth (John David Washington), an African American detective from Colorado Springs who manages to trick members of the Ku Klux Klan into believing the person they are talking to over the phone is a white man interested in joining their hate group. With the help of fellow officer Flip Zimmerman (Adam Driver), the duo is able to infiltrate the KKK where Flip is eventually named head of the local chapter. Opens August 10.

We’re not sure what his father Jim Henson would think, but filmmaker Brian Henson doesn’t seem too interested in teaching kids their ABCs or 1-2-3s. Directing his first feature since 1996’s Muppet Treasure Island, Henson creates a world where puppets and humans don’t really get along. When a serial killer starts picking off cast members of an old TV show, a puppet private investigator and his partner (Melissa McCarthy) take on the case. This article was brought to you today by the letter R-rated. Opens August 17.