Cinematic Spillover: Short Reviews of Godzilla: King of the Monsters and Always Be My Maybe 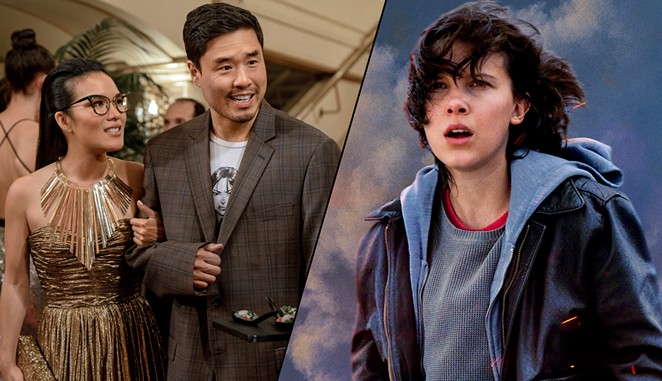 Here are a couple of short reviews of movies that will be released at San Antonio theaters or on Netflix May 31.

Always Be My Maybe

It’s usually very exciting when talented, established comedians are given the opportunity for the first time on a big stage to write their own take on a genre as overdone as the feature romantic comedy to see if they can freshen it up. In recent years, comedians like Amy Schumer with Trainwreck, Kristen Wiig with Bridesmaids and Kumail Nanjiani with The Big Sick, have proven to have a unique voice when it comes to maneuvering around relationships in their own humorous way. In the uncreatively titled Always Be My Maybe, which, yes, includes the Mariah Carey song “Always Be My Baby” in the soundtrack, comedians Randall Park (TV’s Fresh Off the Boat) and Ali Wong (TV’s American Housewife) team together to write a lovable and sharp-witted script from the perspective of their Asian characters. Park and Wong star as Marcus and Sasha, childhood friends and sweethearts who reunite after drifting apart for many years. Now adults, Marcus and Sasha are in completely different places in their lives. Sasha has become a well-renowned celebrity chef in New York. Marcus still lives at home in San Francisco with his widowed father. Although sparks don’t automatically fly when their lives intersect once again, Marcus and Sasha’s history keep them connected during Sasha visit to Cali where she is opening a new restaurant. Will the two friends realize they were made for each other or has too much time passed to rekindle any romance? Always Be My Maybe isn’t entirely original and at times settles for a few easy tropes, but Park and Wong are a charming pair on screen and have written a script that is funny and culturally noteworthy. If you’re still on the fence, here’s the clincher: Actor Keanu Reeves (Speed) has a wacky cameo as a fictional version of himself and steals both his scenes. If Keanu can’t get you to stream something for 101 minutes, we’ll admit defeat. Always Be My Maybe debuts on Netflix May 31.
3 stars out of 5 stars

Godzilla: King of the Monsters 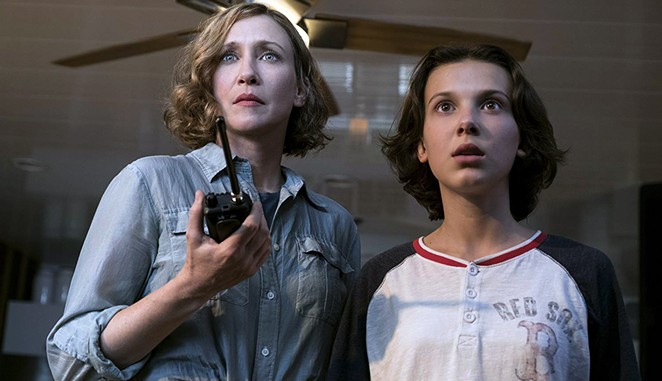 Oh, how the mighty have fallen. While the official rebirth of the big lizard known as Godzilla took place in 2014 when director Gareth Edwards modernized the iconic monster for the theater, Edward’s awe-inspiring visual style wasn’t enough to consider it a flat-out success. Still, it was a huge improvement when compared to the embarrassing Roland Emmerich version of 1998, so most fans of Japanese kaiju were content with the revival and with the fact that Hollywood started preparing follow-up movies soon after. Unfortunately, in the first of those sequels, Godzilla: King of the Monsters, co-writer/director Michael Dougherty (Krampus) knocks the franchise back a few steps with a titan-sized failure. After the incoherent mess Dougherty and co-writer Zach Shields (Krampus) make with King of the Monsters, the heavyweight match-up of next year’s Godzilla vs. Kong, which they have also written, seems a lot less appealing. In the new monster mashup, which features a host of Godzilla’s longtime nemeses including Mothra, Rodan and the three-headed Ghidorah, the story picks up five years after the flattening of San Francisco in the previous blockbuster. Leading the cast of bland human characters are divorced parents Mark Russell (Kyle Chandler) and Dr. Emma Russell (Vera Farmiga) and their teenage daughter Madison (Millie Bobby Brown). When Emma and Madison are kidnapped by ecoterrorist Jonah Alan (Charles Dance), so he can get his hands on a device that can communicate with the monsters, Godzilla must rise to the challenge once again and save a major city from total destruction. Fans of the franchise might argue that Godzilla is the star of the sort of big, dumb summer flick where viewers should be able to veg out and just mindlessly enjoy a series of computer-generated monster fights for a couple of hours, but the convoluted narrative, forgettable characters and distracting foggy look of King of the Monsters is entirely too much to ignore. By the time Godzilla literally gets charged up with nuclear energy in the final act, moviegoers who decided not to check their brains at the door still might find themselves in a cinematic coma. Godzilla: King of the Monsters opens nationwide May 31.
1.5 stars out of 5 stars

Film movie reviews Always Be My Maybe Godzilla: King of the Monsters