Cinematic Spillover: Short Reviews of Missing Link, The Silence and The Perfect Date 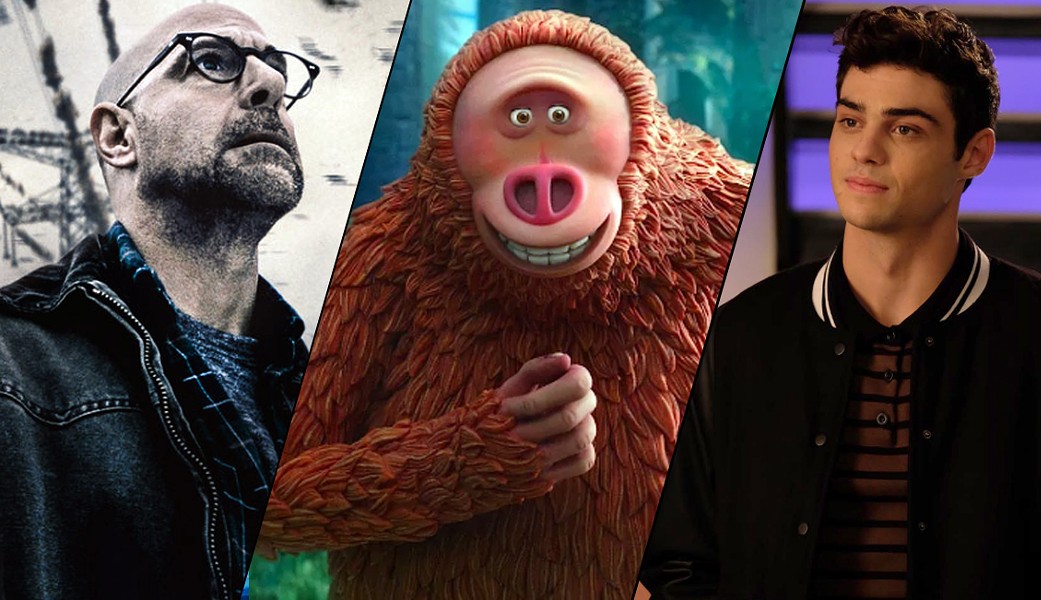 Here are a few short reviews of movies that will be released at San Antonio theaters or on Netflix on April 12 and one that was released on Netflix a couple of days ago. 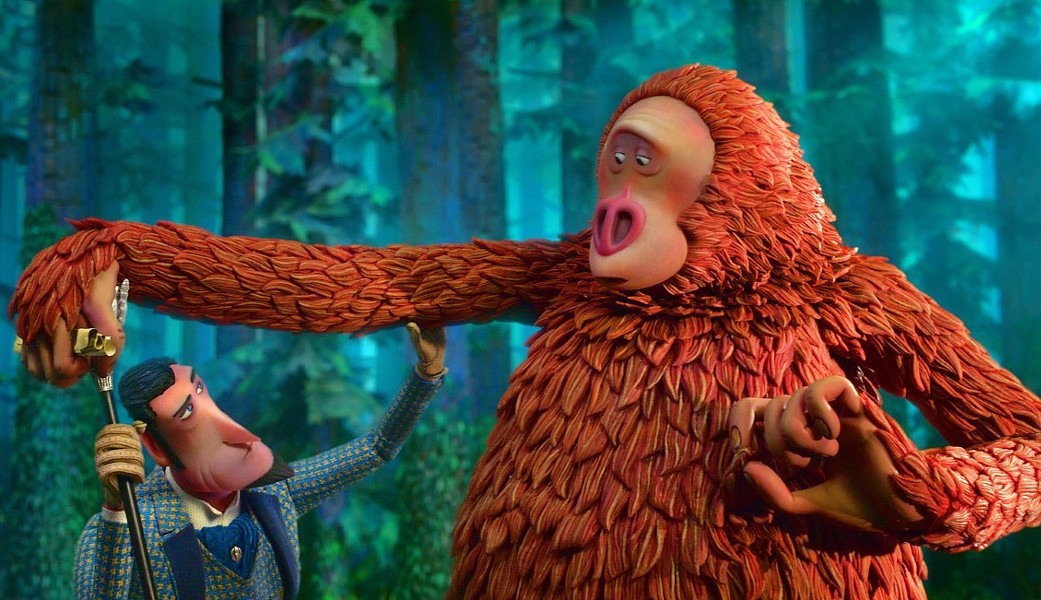 Although Missing Link is the least creative screenplay that Laika has produced in the last decade (its first feature film was Coraline in 2009), its stop-motion animation and voice performances by actors Hugh Jackman, Zoe Saldana and Zach Galifianakis are first-rate. Missing Link tells the story of Mr. Link (Galifianakis), a friendly Sasquatch who begs British explorer Sir Lionel Frost (Jackman) to take him to find his Yeti cousins living in the Himalayas. But not before they get a map from Adelina Fortnight (Saldana), the widow of Lionel’s former colleague, who invites herself on the journey. Conflict comes in the form of Stenk (Timothy Olyphant), a weaselly hunter tracking the trio across the globe. Missing Link is sweet and funny family fare that should attract the attention of children of all ages even more than Laika’s past films, especially since the studio’s other movies like ParaNorman, Kubo and the Two Strings, The Boxtrolls and the aforementioned Coraline feature darker and scarier elements. With a bumbling Bigfoot taking up most of the screen time in what is essentially an animated road-trip movie, the youngest moviegoers will benefit from Missing Link’s safe storytelling while older Laika fans will suffer from it since they’ve grown accustomed to expecting something more extraordinary. Missing Link opens at theaters nationwide April 12.
3 stars out of 5 stars 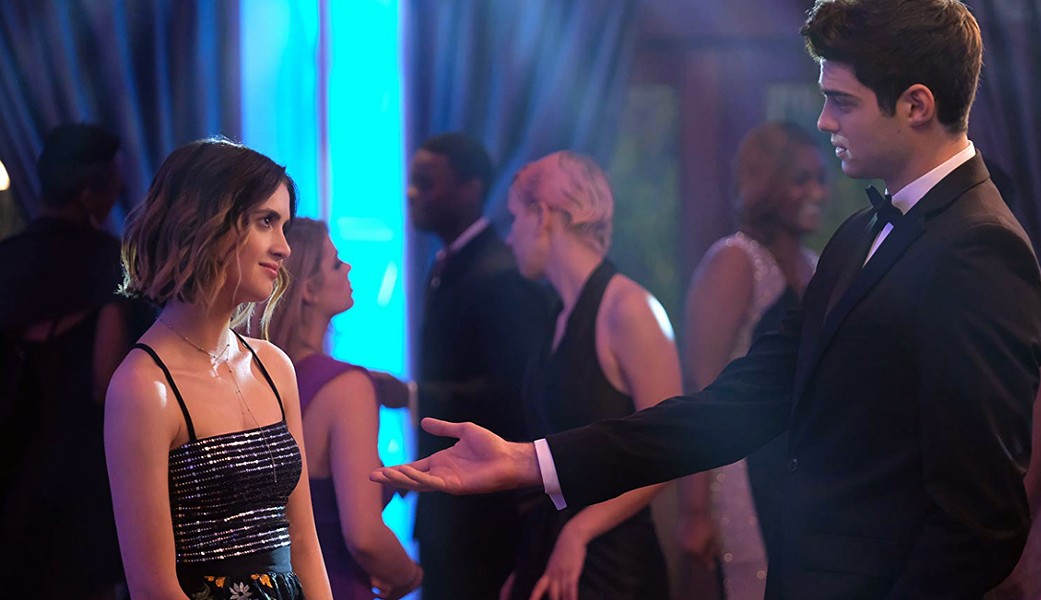 Who is Brooks Rattigan? It’s a question Brooks (Noah Centineo) himself is trying to find an answer to before he submits his admissions essay to his dream school, Yale University. Brooks wants to change the world, but isn’t quite sure how he’s going to accomplish that. When he finds out a classmate is willing to pay him to take his sarcastic, misanthrope cousin Celia (Laura Marano) on a date, Brooks jumps at the chance to make some extra cash for tuition, a decision that inspires him to become a “stand-in boyfriend” for girls who can’t seem to find anyone to do activities with them. While Centineo is passable as a leading man, the script, written by Steve Bloom (The Sure Thing) and debut feature film screenwriter Randall Green, is overwritten and forces its heavy-handed quirkiness on audiences through far-fetched scenarios that make no real attempt to feel like something logical characters would actually do. The Perfect Date begins with some weird messaging about how important it is to go to a top-tier college if you want to feel special, a tone-deaf idea in this day and age where millionaires can apparently get their kids into the best schools with simple bribes. Bloom and Green attempt to clean this up at the very end but don’t do enough to present Brooks as someone who has really learned his lesson. Are we supposed to empathize with his sensitive side because he works at a sub shop and drives a beat-up old Saturn? Having Brooks try to save face in such an inauthentic way makes The Perfect Date an unrelatable, rom-com misfire. The Perfect Date debuts on Netflix April 12.
2 stars out of 5 stars 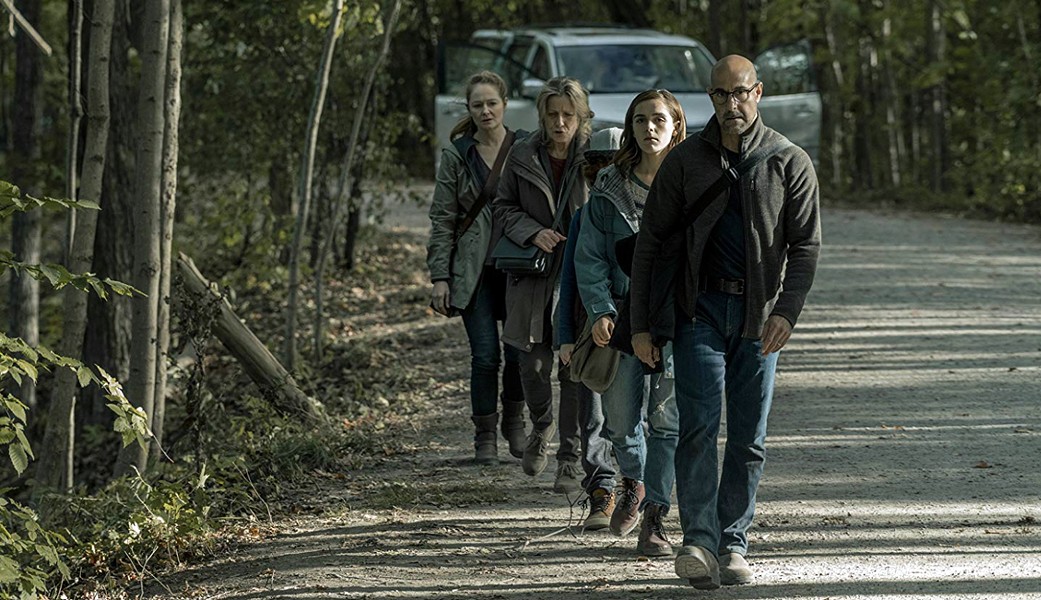 Remember when a popular movie would finally make it to the shelves of Blockbuster and right next to it, you’d find knockoff versions from other studios hoping you would get tricked into grabbing their movie instead? So, instead of going home with a copy of Transformers or Snakes on a Plane, you would accidentally rent Transmorphers or Snakes on a Train. That’s kind of like what The Silence is when comparing it to last year’s surprise horror hit A Quiet Place, except The Silence is not nearly as unwatchable as some of the other fake films that shamelessly ride another movie’s coattails. Like A Quiet Place, The Silence follows a family trying to survive an apocalyptic event where bloodthirsty monsters that hunt via soundwaves are chomping at their heels. It is, however, unfair that critics would consider this a knockoff since The Silence is based on a horror novel that was written three years before A Quiet Place was released in theaters. With that said, The Silence, clocking in at a trim 90 minutes, doesn’t have enough time to flesh out the characters or build on storylines that are honestly creepier than its main one about a flock of ancient, pterodactyl-looking carnivores making mincemeat out of the world’s population. As the father and mother lead the way, Oscar-nominated actor Stanley Tucci (The Lovely Bones) and actress Miranda Otto (Annabelle: Creation) do their best to keep the tension high, but The Silence ultimately doesn’t end up being much more than a garden-variety creature feature. The Silence debuted on Netflix April 10.
2.5 stars out of 5 stars