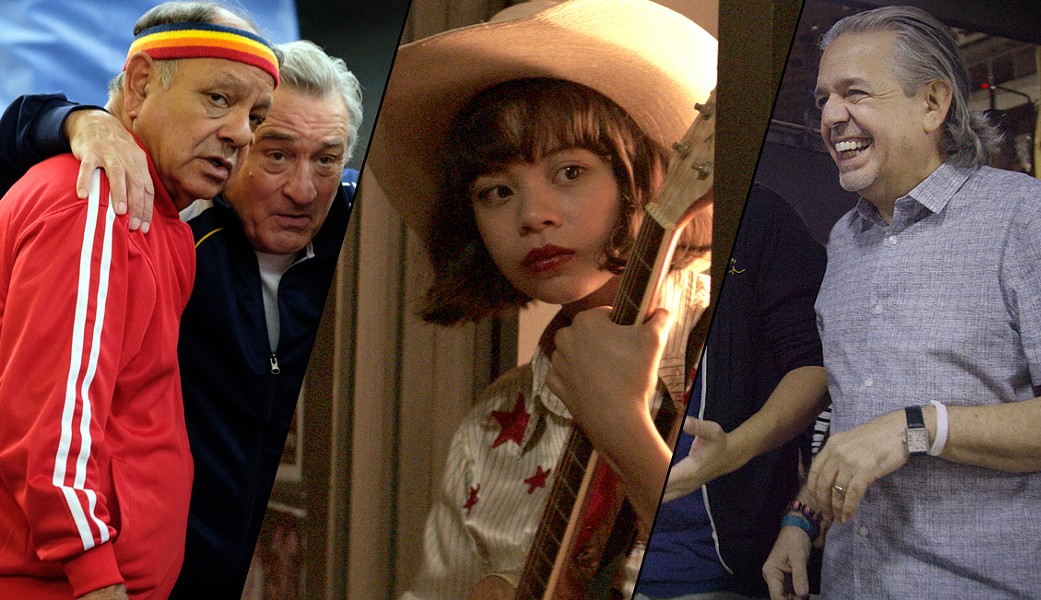 Here are three movie reviews for audiences this week. Remember, if you decide to go to the movie theater, be safe and smart and wear a mask. Things aren't going to get back to normal until this virus is under control.

Loving father. Compassionate humanitarian. Engaged political consultant and activist. Proud Puerto Rican. Or as his son, Broadway superstar son Lin-Manuel Miranda (Hamilton), refers to him in the new documentary Siempre, Luis, “a relentless motherfucker.” While it might be difficult to pin down all of the responsibilities that Luis A. Miranda, Jr. has acquired in nearly four decades, it’s safe to say that he’s a man who’s determined to get them all done. In Siempre, Luis, first-time filmmaker John James follows Luis for an entire year as he globe-trots to various events to support his son Lin-Manuel, encourages his youngest son Miguel in his academics and makes a positive impact on the world through his work with charitable and political organizations. The latter includes empowering minorities to lift their voices in government and for social causes, traveling to his home island of Puerto Rico to help in the rebuilding effort after Hurricane Maria, and taking the lead in a crusade to bring Lin-Manuel’s hit Broadway musical Hamilton to the Caribbean territory to raise funds for the arts. Through heartfelt interviews with Miranda and his family, including Lin-Manuel and his wife Luz, and individuals who worked with him throughout his career, James is able to create a compelling portrait of an unbreakable man who is passionate about all the work he undertakes. James opens the film with Luis at the doctor’s office (Miranda suffered a heart attack in 2016). The scene is perhaps to prove to audiences that Miranda is actually human because what comes after is an endless wave of energy, emotion and earnestness. If audiences learn anything about Miranda from Siempre, Luis, it is that when assembling a team for any job, it’s individuals like him who should fill the most important roles. Throughout the documentary, Miranda never slows down. His work ethic is both inspiring and exhausting, and Siempre, Luis, only proves that Act Three will be his strongest yet. This review originally ran at Remezcla.com. Siempre, Luis is available on HBO. 3.5 out of 5 stars (recommended)

The War with Grandpa

The war is on and, sadly, there are plenty of unnecessary casualties in director Tim Hill’s comedy The War with Grandpa. Oscar winner Robert de Niro, who is a great comedian in films like Meet the Parents and Wag the Dog, phones in a performance alongside co-stars Uma Thurman, Christopher Walken and Cheech Martin from a script that can only be described as deficient. In the film de Niro stars as Ed, a self-sufficient senior citizen who isn’t too happy when his daughter (Thurman) decides she is going to move him into her house after a series of mishaps at his home. Ed isn’t the only one who is upset at the move. His young grandson Peter (Oakes Fegley) is angry because he must give up his room and move to the attic. What follow are a series of forgettable pranks that the two pull on one another in hopes of proving the other is more entitled to the room. Unfortunately, The War with Grandpa doesn’t do itself any favors with unfunny physical humor and jokes about adult diapers. The War with Grandpa is playing at local theaters. 2 out of 5 stars (not recommended)

In her debut film, the musical drama Yellow Rose, Broadway actress Eva Noblezada stars as Rose Garcia, a shy, 17-year-old undocumented Filipina and aspiring country-western singer living near Austin, Texas, who is forced to fend for herself when her mother is detained by immigration officials and processed for deportation. As the title character, Noblezada is perfectly cast in the touching and timely role. The emotional journey Garcia takes while coming to terms with the separation from her mother is heartbreaking and authentic. Writer and director Diane Paragas does a great job of balancing themes of politics and music as audiences watch Rose try to build a singing career. Along with her incredible singing voice on songs like “Square Peg” and her duets with country singer Dale Watson, who has a supporting role in the movie, Noblezada makes a very compelling argument that the stage should no longer be the only platform she uses to share her talent with the world. Yellow Rose blooms bright and Noblezada is the reason. This review originally ran at Remezcla.com. Yellow Rose is playing at local theaters. 3.5 out of 5 stars (recommended)