Here are a few short reviews of movies that will be released at San Antonio theaters and on VOD June 21. 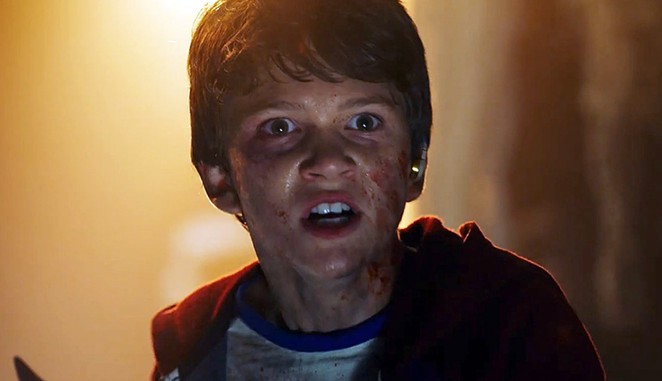 Chalk up the 2019 version of Child’s Play to the same category as 2010’s A Nightmare on Elm Street, 2013’s Carrie and 2015’s Poltergeist – horror movie reboots that did absolutely nothing to reenergize the ideas behind the original films. That’s not to say the newest Child’s Play didn’t try desperately to separate itself from its past movies. First-time feature screenwriter Tyler Burton Smith takes a completely different angle, which proves to be a costly mistake. In the updated Child’s Play, the murderous doll Chucky, who was first introduced to audiences in 1988, is no longer possessed by the spirit of a serial killer. Instead, this particular Chucky doll, which is fitted with artificial intelligence, goes haywire after a disgruntled employee purposefully warps its programming. The defective doll ends up in the hands of Andy (Gabriel Bateman) as an early birthday gift from his mother (Aubrey Plaza). Soon after, Chucky starts to function on his own through machine learning, which leads him down a path of violence and death. Sure, a possessed doll is just as absurd of an idea as Smith’s tech-driven narrative, but by transforming Chucky into an automaton, Smith and Norwegian director Lars Klevberg strip Chucky of everything that made the plush character a campy, evil villain – a dark sense of humor, the ability to show a range of emotion and, most importantly, autonomy. In the past, Chucky was frightening because there was a human element to him. He made his own choice whether or not to plunge a knife in someone’s chest. Even if Smith and Klevberg were trying to say something more thoughtful about the overabundance of technology in the 21st century (a theme that is anemic at best), having Chucky go on a killing spree because an algorithm told him to makes this Child’s Play feel less depraved than his other bloodlettings. Child’s Play opens nationwide June 21.
2 out of 5 stars

With Perfect, first-time feature director Eddie Alcazar has created an ambitious, trippy and ultimately hollow sci-fi flick that looks like a TV commercial for Giorgio Armani. The film stars Garrett Wareing (Independence Day: Resurgence), an unnamed teenager who is sent to a clinic by his elegant mother (Abby Cornish) for treatment to help “fix” him. The clinic promises to “cure” him by implanting microbionic technology that will “mutate [his] perception” and “free [him] from [his] base program.” As the upgraded Alexa-like voice explains to him, “You can become something better, something more refined, more evolved.” If all this sounds frustratingly vague, that’s because it is. It is obvious Alcazar is influenced by directors like David Lynch and Shane Carruth, but Perfect lacks the thematic weight and clarity needed to make something as avant garde as Perfect work. It would be different if Alcazar was simply trying to make a hallucinatory film to stimulate viewers’ senses, but there’s a complex underlying message here that he wants out – one that, unfortunately, is engulfed by a lot of existential hot air. Perfect debuts on the brand-new VOD platform Breaker.io June 21. Currently, Breaker is offering a free rental to see Perfect (code: PERFECT). The code is valid for 30 days beginning June 21.
2 out of 5 stars 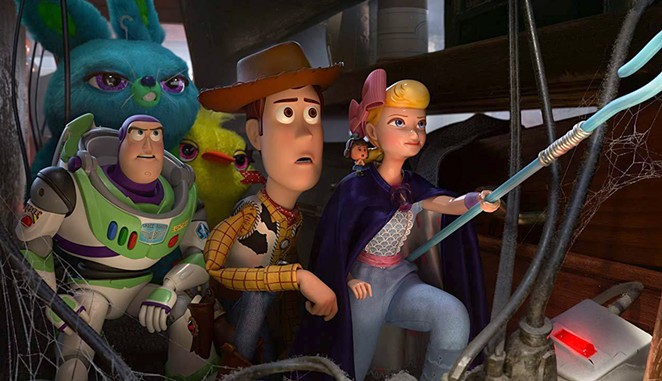 While many Toy Story fans weren’t quite sure what to think when Pixar announced they were going to make a fourth installment of the beloved franchise – even after Toy Story 3 ended the series on a perfect note nine years ago – most thought another adventure with Woody (Tom Hanks) and Buzz Lightyear (Tim Allen) was ultimately unnecessary. While that technically might be true, Toy Story 4 is also undeniably entertaining and beautifully rendered. It also solidifies Toy Story’s place as the best franchise in cinematic history. The film follows the original characters who were handed down by their former owner Andy to new kid Bonnie in Toy Story 3. In Toy Story 4, Bonnie is still playing in her room with her toys, although Woody’s playtime has decreased recently (cowgirl Jessie seems to be Bonnie’s favorite toy). That changes, however, when Bonnie comes home from kindergarten one day with a new favorite – Forky (Tony Hale), a character she created in class with a discarded spork, pipe cleaners, googly eyes and glue. While Forky would much rather spend his time in the trash can (he’s not very comfortable with the idea of being a toy), Woody and his crew attempt to explain how important he is to Bonnie. The lesson doesn’t really sink in and during a road trip in the family RV, Forky escapes leaving Woody to venture out and look for him. Although characters like Hamm, Rex and Mr. and Mrs. Potato Head don’t get nearly as much screen time as in the past three films, it’s evident that Pixar wanted the newest characters to shine. Also, reestablishing Bo Peep (Annie Potts) as a main character after her absence in Toy Story 3 was a smart idea, especially since her and Woody’s relationship was never developed. The creative new toys, including Bunny (Jordan Peele), Ducky (Keegan-Michael Key), Duke Caboom (Keanu Reeves) and the seemingly disturbed doll Gabby Gabby (Christina Hendricks) fit in nicely with the franchise’s storytelling. It may not rise to the brilliance of the first three animated films, but Toy Story 4 is an enjoyable adventure in its own right. Toy Story 4 opens nationwide June 21.
3.5 out of 5 stars

Toy Story 4, Toy Story 4 Opening Night Fan Event and Child's Play are not showing in any theaters in the area.

What others are saying