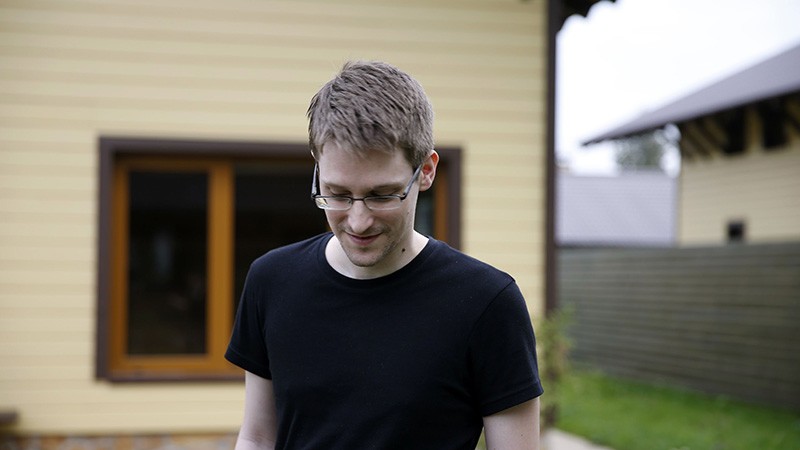 After watching Pulitzer Prize-winner Laura Poitras' new documentary about the early-on brouhaha surrounding government whistleblower Edward Snowden, you've got to wonder why his story– and its devastating revelations—have faded into mere background murmurings in these United (kinda, sorta) States. Unlike the title of this film, which refers to the email handle Snowden first used to contact journalist Glenn Greenwald and then Poitras, Citizenfour is an intimate look at Snowden's life in the days just before his spooky treasure trove went public, and then viral. Gangly and pale, with deepening shadows under his eyes, Snowden first appears to be an unlikely hero, and, in multiple meetings with Poitras, Greenwald and British muckraking stalwart, The Guardian's Ewen MacAskill, he repeatedly says, "I don't want to be a martyr. I am not the story here."

But as Poitras' doc clearly shows, he cannot help but be so. Snowden burst onto the world stage clasping truckloads (okay, thumb drives) of cold, hard, terrifically tangible proof of what so many had feared for decades. From POTUS, all the way down to the NSA and DOD, our own Dear Leaders had initiated the creation of a clandestine shadow government that recorded the citizenry's every email, text, phone call and digital communiqué of all kinds. And not just the American citizenry, but also that of Brazil, Germany, the UK and who knows how many other sovereign nations.

Poitras' film is shot almost entirely in the Hong Kong hotel room where her subject fled from his Booz Allen Hamilton/NSA post in Hawaii; seeing Snowden this way humanizes him in a way no print media source could. He paces, he frets about his girlfriend back home, and he strategizes with Greenwald and MacAskill about when, and how best, to begin his generation's more incendiary version of the Pentagon Papers. Poitras keeps things simple and clean, notating days, times and sequences of events via blackout cuts. She intercuts the rumpled (but extremely eloquent, given the situation) Snowden with assorted seismic news clips and people like former U.S. intelligence official and NSA employee/whistleblower William Binney. (Binney's take on the heretofore covert intel? Not surprised in the least.) A queasy sort of constantly shifting sonic unease comes courtesy of Trent Reznor and Atticus Ross' white-noisey score.

[Related: Poitras 101: A refresher on the 'Citizenfour' director's past films]

Is Snowden an idealistic young patriot, yearning to help us all breathe a little freer? Or is he, as the Obama administration continues to declare, an uncommon criminal, perhaps even a Russian double agent, and therefore someone who should be extradited back to the U.S. to face the brute force of American justice? Citizenfour is obviously in Snowden's corner, but as an example of pure cinema vérité, this is the finest—and most disturbing—political documentary since Alex Gibney's Oscar-winning Taxi to the Dark Side.