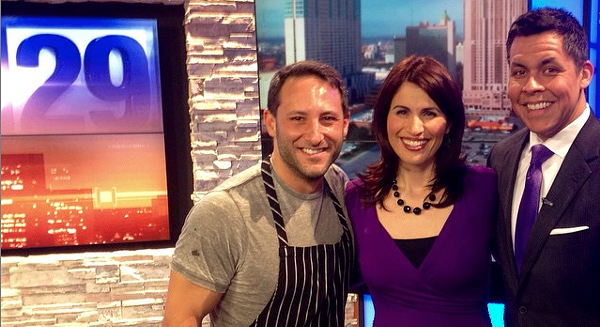 Fans of David Gilbert will be happy to know the celebrated chef has been announced at the new executive chef at Citrus inside Hotel Valencia.

Gilbert will oversee all culinary operations including the launch of a new menu that'll roll out in the  next few weeks. Known for his work in Dallas, the chef made his way to S.A. as opening chef at Sustenio inside Eilan, and went on to open Tuk Tuk Tap Room with Jody and Steve Newman. Gilbert, an avid explorer, has also earned nods via StarChefs.com and the James Beard Foundation, as a semifinalist for Best Chef Southwest in 2013.

The chef's curriculum vitae provided by Hotel Valencia also includes "an international tenure at the Michelin-starred Restaurant Vermeer in Amsterdam. Gilbert has worked in the kitchens of the The Ritz-Carlton in Bulkhead, Atlanta, and the The Ritz-Carlton in St. Thomas, U.S. Virgin Islands. Other pursuits include time as the Executive Sous at the Inn at Perry Cabin by Orient-Express, where Gilbert initiated a fresh farmer’s market menu that gleaned national recognition. He was named chef de cuisine at St. Louis’ Eau Bistro in Missouri, and executive chef of the Beverly Hilton’s landmark restaurant."