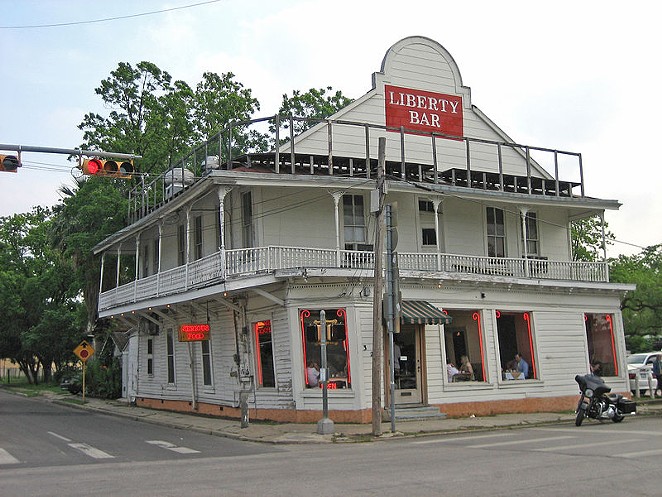 The Historic and Design Review Commission on Wednesday greenlit a plan to to reorient the two-story building and shift it down the block to the corner of Avenue A and East Grayson Street, according to the Rivard Report.

The historic structure, known as Boehler's House, was lifted from its original spot for foundation repairs in 2014 and sat in development limbo since. It's owned by Silver Ventures, developer of the nearby Pearl complex.

The relocated Liberty Bar, located at 1111 S. Alamo St. in the site of an old convent, is still in operation.

In 2014, HDRC shut down a plan to move the former restaurant into a parking lot at the nearby mixed-use development. The commission approved a second attempt in 2017, though Silver Ventures later decided to modify that plan.

According to the Rivard Report, the newly approved relocation scheme includes raising Boehler's house onto a six- or seven-foot stone base and adding an open-air pavilion and screened-in balconies. The Office of Historic Preservation suggested Silver Ventures reduce the amount of screening on the balconies, however.