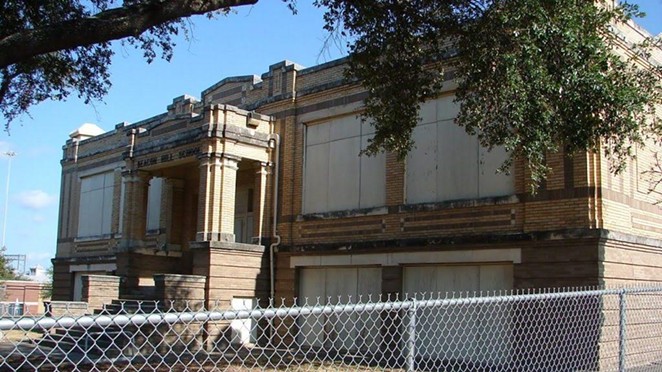 The debate whether to demolish or renovate the former Beacon Hill Elementary School came to a close Thursday as city council rejected a historic landmark designation for the site.

However, as part of a compromise, council also approved an agreement asking the San Antonio Independent School District to develop a cultural heritage curriculum that would help students better appreciate their neighborhoods.

“Preservation efforts must be balanced to ensure our past is remembered with an allowance for growth and change when preservation is not viable,” District 1 Councilman Roberto Treviño said prior to the unanimous vote.

Others, however, argued that the building — shuttered by SAISD in 1999 to open Beacon Hill Academy next door — is beyond salvaging and that the property could be better used by the academy.

During his time on council, Treviño has promoted preservation efforts, especially in the inner city, where redevelopment has encroached on older neighborhoods. But, during Thursday's meeting, he said it was better for SAISD to invest in its students than preserve the closed campus, built in the early 20th Century.

School board member Christina Martinez, who represents Beacon Hill, said dealing with the dilapidated school is a top priority for residents in her district, especially Beacon Hill alumni.

“As a parent, I can’t imagine having to walk my child every day by a building that was sitting there, that was ugly and an eyesore and kept [the new school] from having a space they really wanted,” she said.

Eighteen gifted and talented students from Beacon Hill Academy researched the issue and conceptualized how their school could reuse the neighboring property if SAISD was allowed to demolish the structure. The students consulted with Treviño and took part in a community meeting in January.

“(Students and community members are) counting on you to remember them and to honor the 18 students who started this quest," Nelson said. "I want to tell them that their voice matters.”

City and school district officials last week announced that they had reached a compromise that involved adding the proposed cultural heritage curriculum. However, some council members expressed concern that the city seemed to be dictating school curriculum — which only the district and state can do.

Even though he voted for the compromise, District 8 Councilman Manny Pelaez excoriated the district for letting Beacon Hill Elementary fall into disrepair. He also criticized district leadership for what he characterized as an exaggeration of safety hazards at the former school, and for fear-mongering in the community.

“I think it’s incredibly distasteful to bring in someone’s kids and use them as props to bolster your argument,” Pelaez added.