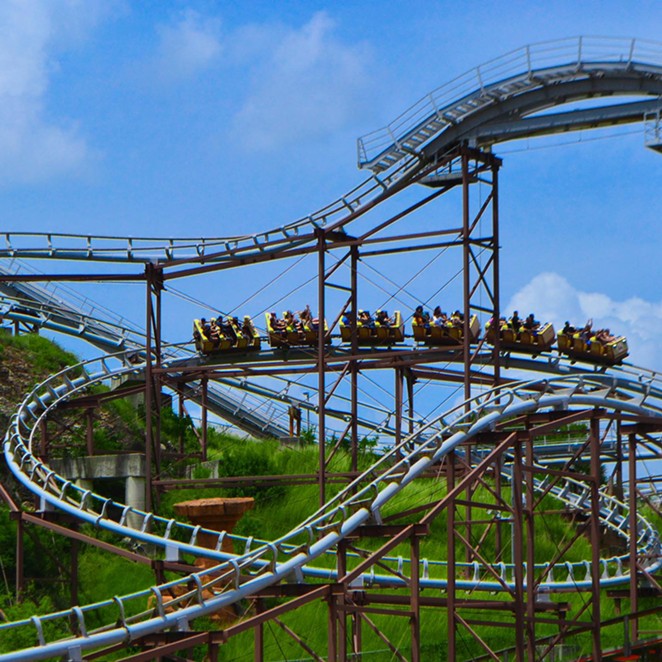 Congratulations on your new job as head of the city’s Economic Development Department. You obviously face a great many challenges. But I’m sure the senior city staff have already told you of the enormous opportunities here. You have no doubt heard the forecast that we’ll have a million new residents by 2040. And about the great hordes of international visitors who will be coming since the Missions are now designated a World Heritage Site.

But you should know a little of our history — since the founding of the Missions, I mean — which will bear on your job.

San Antonio’s contemporary efforts at “economic development” can really be traced to the election of Henry Cisneros as mayor in 1981. In September 1982, Cisneros unveiled his so-called “orange book,” formally titled “San Antonio’s Place in the Technology Economy.” The next few years saw the mayor flying off to Silicon Valley and ultimately Japan in search of new tech firms and new jobs. His efforts were greatly aided by the state’s creation of property tax abatement incentives in the late 1980s.

One of Cisneros’ great successes was persuading William Jovanovich, CEO of HBJ Corp., to build a new Sea World park here. Jovanovich promised our version of Sea World and Shamu would boost the city as a tourist destination, luring more than 3 million annual visitors at the start and creating 1,500 new jobs. Cisneros boasted it could be the “largest single economic generator for the city since the HemisFair era.” The buzz in San Antonio town was that Disney was eyeing our city — that we would be the “next Orlando.”

But those job numbers assumed a full-time, year-round park. That didn’t work in San Antonio. We ended up with a seasonal theme park, with some 200 full-time jobs. And on the Themed Entertainment Association’s 2019 listing of the top 20 North American parks in attendance, our Sea World didn’t even make the list.

And if Disney decided not to make a home in San Antonio, the city was able to accommodate USAA’s vision of a music-oriented theme park developed in cooperation with the Opryland folks, Fiesta Texas, which got its own abatement deal. Not only did that venture fail to make us Orlando, it ended up effectively competing with Sea World to cannibalize local theme park demand.

With the ability to dole out tax abatements in the name of “economic development,” we subsidized Bausch & Lomb to make Ray-Ban sunglasses on Castroville Road — at least until it moved that work out of the country. And all those trips to Japan — and another tax abatement — got us Colin Medical devices, which also disappeared. Then there was Golden Aluminum, later Alcoa, recycling aluminum cans, until the plant was shuttered. The same way lottery ticket printer BABN, later renamed Oberthur Gaming, closed up and left town.

All of Henry Cisneros’ courting of high tech got us the Sony Microelectronics plant. Until Sony decided not to make chips here, and the empty building acquired a new use: housing the National Security Agency’s cryptology center. And let’s not forget one of the grandest tax abatement deals of all — accommodating the move of AT&T, then Southwestern Bell, from St. Louis to the former Republic Bank building on Houston Street. That lasted until AT&T got a new CEO who decided that the Dallas area was a better address — with better air service — for a corporate headquarters.

So, the local track record for “economic development” hasn’t necessarily been stellar. All too often, the city has doled out subsidies in the name of “job creation” and development with a grand set of promises. The PGA/TPC deal that built the JW Marriott was supposed to put us on the map as a golf resort destination, “the next Phoenix,” according to one San Antonio Chamber of Commerce leader. Instead, we just got a big hotel with a 20-plus-year non-annexation agreement to avoid city taxes.

What we end up with all too often is a lot of hot air and empty buildings.

So, a couple of suggestions. You might want to try educating senior city staff and city council about a different, broader vision of economic development. At the very least, we shouldn’t be doling out abatements to move a credit union from Interstate 10 to Broadway. You also might want to provide for a little more transparency about the economic development deals we do. A quick look at the “active incentive agreements” on the department’s website shows the latest information is from December 2019. We shouldn’t have to wait years to see if something like the city’s investment in InCube is actually delivering.