Cityscrapes: Dome and domer to 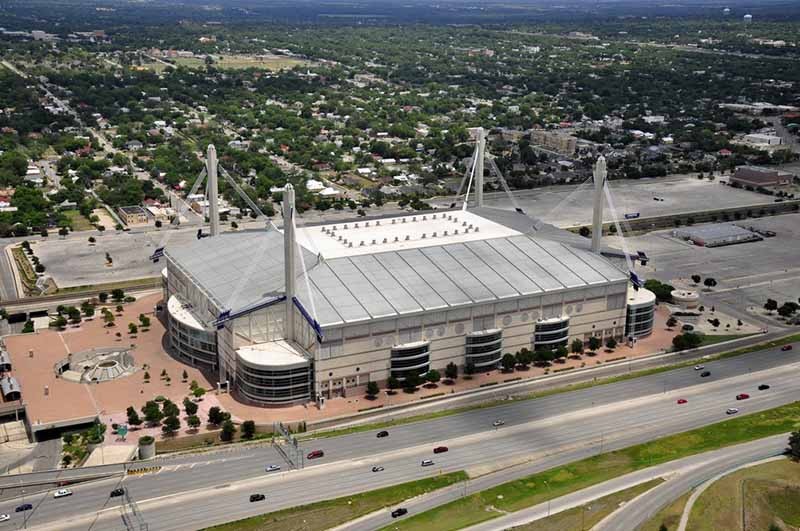 The grand dreams never seem to die. Twenty-five years ago, Henry Cisneros' quest for an NFL team for San Antonio sold us a "multipurpose convention and sports facility." We got the Alamodome; the big-league football team never appeared. But the dream, and a series of flirtations, continued.

When the Saints were forced to vacate New Orleans in the wake of Hurricane Katrina, we provided them a temporary home at the dome. And the local hopes rose again, that this was our time, that team owner Tom Benson and the NFL would finally recognize that we could support—indeed, deserved—an NFL team.

Now the quest for the dream is on once again, led by former Mayor Cisneros. A delegation, including City Manager Sheryl Sculley, flew to Oakland last week in an effort to woo the Raiders (with their 0-9 record) here. Little matter that team owners in Dallas and Houston could still veto the move. No real issue that refashioning the aging Alamodome for the NFL would require millions. The Raiders would undoubtedly insist on an entirely new stadium at a public cost in the hundreds of millions, anyway.

The Alamodome dream was bolstered by another promise—that the dome would give us new stature as a home for amateur sports, and a steady stream of major amateur sports events. We did succeed in luring the 1993 U.S. Olympic Festival—two years before the U.S. Olympic Committee held the last festival. We were also told we could land the Pan American Games, yet another grand scheme that came to naught. Still, we're told, the city needs to spend millions more to "improve" the dome so that we can land the NCAA Final Four about once a decade.

Over and over, one or another business, civic or governmental leader swears that if only we spend the money we can have a Major League Soccer team, that the NFL will certainly recognize our virtues as a community and our commitment to football. Sadly, it's an old tale. In the 1910s and 1920s, the Municipal Auditorium was touted as the key to securing millions in convention business, sure to make us the "convention city of the South." In the early 1930s, the Chamber of Commerce's sports committee promoted the development of a new stadium—what would ultimately become Alamo Stadium. Howell Jones of the Chamber informed readers of the San Antonio Light newspaper in early 1934 that he had "been in touch with a National league [baseball] club and ... has been assured that this club will train in San Antonio if adequate accommodations are guaranteed."

The tale of potential sports greatness was much the same in 1935. The "Think" column in the daily Express told readers that a new stadium near what is now Trinity University "will bring 'big-time' football here and otherwise accord San Antonio its proper place in athletics." The Express editorialized that a new stadium merited the support not only of "fans" but "public-spirited citizens generally."

It has been more than 75 years since those calls for a stadium seating at least 30,000 to vault this city into the "big-time." We have yet to see the promised residence of either the NFL or Major League Baseball's spring training. Still, the quest for some form of "big-time" sports and national recognition continues. At the very least, the continuing local lust for big-league sports makes clear how narrow the vision of our civic leadership has long been. Rather than seeking to build San Antonio as San Antonio, there is this quixotic quest to emulate Dallas and Houston. As we approach the May 2015 city election, it's the right time to start asking our mayoral candidates whether their vision for San Antonio includes committing millions in public dollars to a renovated Alamodome, a new soccer stadium or an entirely new stadium for some NFL team. It would be nice to hear "not my dream" and "not during my term."