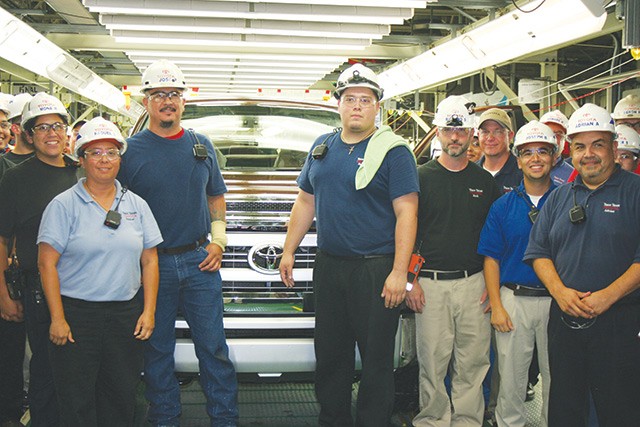 It seems that almost every week brings a grand newspaper headline about the new business, the new firm and all the new jobs potentially coming to San Antonio. Sometimes, as with Toyota’s Tundra pickup plant, they actually do appear and succeed. But all too often the speculation is just that—the false promise that someone from far away will somehow arrive in San Antonio bringing jobs and “economic development.”

It amounts to a local civic disease, primarily courting non-local firms in the hopes that they will come and give us a better economy. And it’s a longstanding pattern here. For decades, city business leaders looked to the Army and then to the Air Force as a source of jobs, growth and wealth. So it was in 1954, with the Chamber of Commerce leadership promoting Randolph Air Force Base as well as Lackland as the site for the new Air Force Academy.

When Chamber leaders aimed to improve the area’s higher education opportunities after World War II, they sought to lure a new college here, successfully persuading Trinity University to move from Waxahachie with the promise of free land and Chamber financial backing. When the Chamber leadership sought to enhance San Antonio’s tourism future in the late 1950s, they found the consulting firm that had designed Disneyland and embraced the idea that a major new theme park here would attract a million new visitors a year. The Express headline in May 1958 grandly announced “Disney-Type Park Value Revealed Here.”

The search for distant investment and job creation greatly expanded in the 1980s, as newly elected Mayor Henry Cisneros reshaped the definition of the mayor’s job. There were deals with the Control Data Corporation of Minneapolis for new computer plants on the near West Side, together with a small business incubator building, linked to the vision of a high technology economy in SA. By 1985 there were trips by the mayor and local delegations to Japan and Taiwan in search of more tech firms and “economic growth.” And the Chamber’s vision of San Antonio as a new Orlando blessed with theme parks appeared on the verge of realization with the announcement of a new Sea World park in January 1985 and the January 1989 revelation that USAA and Opryland of Nashville would jointly develop a music-oriented theme park on the Northwest Side.

By the 1990s, with new state legislation that provided for property tax abatements for job-creation and new investment, there were even more announcements and promises: Golden Aluminum, Harris Farinon, American Airlines, BABN printing, Southwestern Bell (later AT&T) and a Sony Microelectronics chip plant. Each of these made for a grand announcement and headline—Sony’s plans for a $260 million expansion came with the report in the Express-News that it “will employ nearly 1,000 people after the expansion at its 8611 W. Military Drive plant in Northwest San Antonio.”

Yet all too often these grand announcements resulted in rather less than promised. Sony shuttered its chip plant here in 2003, although the empty building ended up as the home of a National Security Agency data center. Golden Aluminum, Harris Farinon, American Airlines and BABN all ended up leaving SA. So too did SBC/AT&T.

Even where the quest for new jobs from somewhere else actually materialized and stayed, what we got as a community was not necessarily what we thought. While SeaWorld is still here, the 1,000 full time jobs that were part of the original announcement have whittled down to a couple of hundred. And the jobs that have actually been realized at the Hyatt Regency Hill County Resort hotel, the La Cantera Resort hotel and the JW Marriott Hill County (which began as the PGA Village development) are not exactly the kind of high wage, career-ladder employment that will enhance our community’s economic future.

It should come as no surprise that State Senator Carlos Uresti joined a delegation of state officials off to California to lure the Sriracha hot sauce plant to SA despite the uproar over extremely spicy fumes at its current location. It’s great sauce, and stealing jobs from California makes a grand announcement for a local politico. But yet another trip and possible announcement will do little to shape a positive future for this community. What it does do is distract us from the real civic conversation we should be having. That’s a conversation about how we can build the future of SA here—focusing on things like education, job training and a competitive labor force.