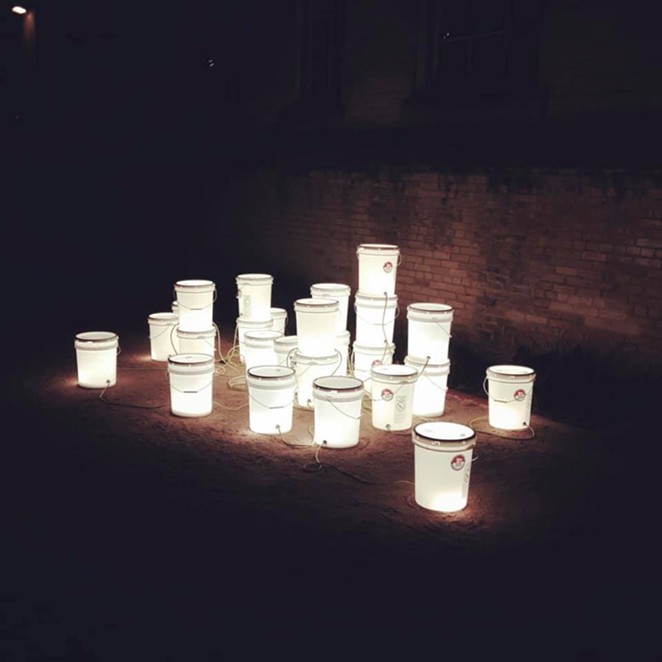 Although Clamp Light Artist Studios and Gallery is currently exhibiting Agosto Cuellar's "Jive Refried" anniversary pop-up (which closes August 3), that hasn't stopped co-director Sarah Fox from corralling the resident artists for a special pop-up. Next Thursday, August 1, the artist collective will bring the party downstairs into Brick, filling the space with a myriad of works that they're presenting under the umbrella "Collective Glow."

Featured artists include Fox, Kallie Cheves, Brittany Ham, Justin Korver, Nicole Poole, Alyssa Richards, Jose Villalobos and Deliasofia Zacarias, as well as special guest Hilary Rochow. Work on view will range from sculptures and photography to printmaking and performance pieces, which will start up at 8 p.m. While the final performances are still in flux, you can look forward to seeing a video by Justin Korvar, and even a possible puppet show.

If you're feeling lazy about heading out to First Thursday, think twice, because this is a one-night only engagement!