When it comes to recorded music, San Antonio artists have released some real bangers over the years. Some well known, some kinda underground. We pulled from the Alamo City’s wide spectrum of genres and rustled up a collection of songs that help define our unique musical culture and outlook. Warning: when artists play some of these songs live, local audiences are likely to turn up the party in a way newcomers aren’t used to.

Texas Tornadoes — “Hey Baby, Que Paso?” (1990)
The original version of this tune was penned and performed by former Sir Douglas Quintet member Augie Meyers and released on his own Super Beet records. It became a regional jukebox hit. But it was the rerecording of the song Meyers did with the supergroup Texas Tornadoes that introduced the infectious polka-driven tune to a national audience. Meyers told the Current a decade ago that the song arose from a quarrel with an old girlfriend. “She said, ‘Man, why do you play that Mexican music? I don’t like it.’ I said, ‘There’s the door, sweetheart.’ So, she left. I didn’t hear from her for a couple of weeks, and I wrote: ‘Hey baby, que paso? I thought I was your only vato.’ About six months later, she called me and said all her friends loved that record. She said, ‘I’d sure like to get a copy.’ I said, ‘Yeah, you can buy it at Wal-Mart.’”

Girl in a Coma — “Say” (2007)
Touring with the likes of Morrissey and signing to Joan Jett’s Blackheart label are just two of the accolades this all-female powerhouse trio secured during its 12-year run. The group’s brand of rock ’n’ roll drew on influences ranking from punk and the riot grrrl scene to the Mexican music some members grew up around, making for a definitively SA sound. Girl in a Coma broke up in 2018 after frontwoman Nina Diaz’s solo career took off and bassist Jenn Alva and drummer Phanie Diaz started putting more energy into their band Fea. Good thing this tune from GIC’s debut, Both Before I’m Gone, serves as a lasting showcase for its passion, grit and catchy songwriting.

Butthole Surfers — “Pepper” (1996)
No, “Pepper” isn’t the weirdest song in the San Antonio-birthed Butthole Surfers’ recorded legacy. But it was the one that won the band fans outside of the rock underground and proved there was an international hunger for South Texas psychedelia and weirdness. This song landed on soundtrack to the 1990s cinematic version of Romeo and Juliet soundtrack and became a surprise hit. The Holes remain one of the biggest rock acts to come out of San Antonio.

Bubble Puppy — “Hot Smoke & Sassafras” (1969)
Late ’60s act Bubble Puppy’s “Hot Smoke & Sasafrass” has been frequently anthologized on albums collecting the best garage rock and psychedelia from that era. And with good reason: this song absolutely slaps. It’s hard to argue with the fiery guitar work, big hooks and clean vocal harmonies. After opening for The Who in ’68, the band became a part of the Texas psych movement alongside other groundbreaking acts including the 13th Floor Elevators and Moving Sidewalks.

The Krayolas — “All I Do Is Try” (1978)
Regional phenomenon the Krayolas became a regional powerhouse in the late ’70s and early ’80s thanks to an amalgam of Tex-Mex rock ’n’ roll with ’60s garage pop. The A side of the band’s debut single “All I do is Try” is a perfect example of its compelling vintage-pop sound.

Demitasse — “Comfy Coffins” (2014)
A side project of SA indie-rock mainstay Buttercup, Demitasse harnesses the somber feel of acts like Elliott Smith for a sound that’s acoustic, minimal and sad as can be. “Comfy Coffins” is probably the best example of the band’s chamber pop sound, and who wouldn’t want to take a nice long nap inside a comfortable casket?

Lydia Mendoza — “Mal Hombre” (1934)
Reportedly, the oldest existing audio recording from any San Antonio artist, Lydia Mendoza’s “Mal Hombre” (Bad Man) captures the raw emotion of the singer, who would eventually be lauded for having one of the most amazing voices in conjunto music.

Robert Johnson — “Cross Road Blues” (1936)
Recorded in a room of the Gunter Hotel in downtown San Antonio, famed bluesman Robert Johnson’s “Cross Road Blues” was eventually inducted into the Grammy Hall of Fame half a century later to acknowledge its place in recording history. The song’s been recorded more times than we can count and pops up in the live set of just about any self-respecting bar blues band. Two short years after making the recording, Johnson died at the young of 27. To this day, his death is shrouded in mystery. No one’s sure where he’s buried or can confirm his cause of death. 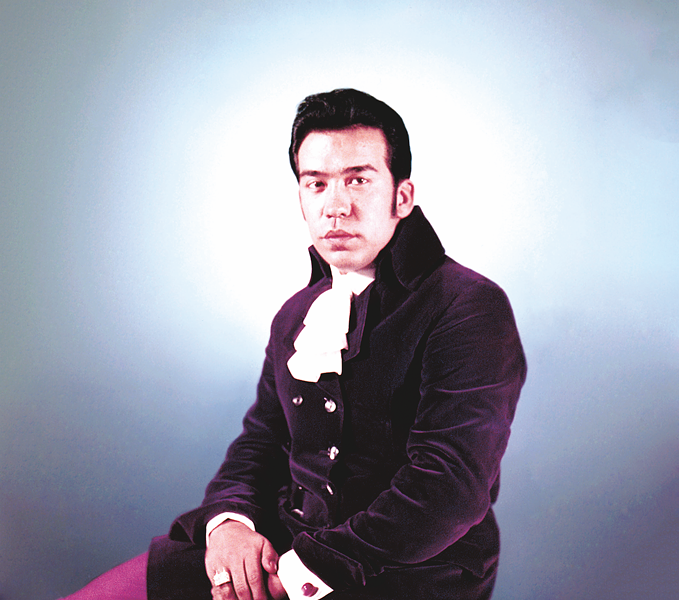 Sunny Ozuna — “Should I Take You Home” (1969)
One of the pioneers of San Antonio’s indigenous Chicano Soul movement, Sunny Ozuna of Sunny and the Sunliners was the first Mexican American to appear on American Bandstand. That exposure came early in his career — he was in high school, in fact. “Should I take You Home” was one of the best songs the outfit recorded, and Ozuna continues to perform live shows to this day.