Cobalt Club is a trip into the land of oddities 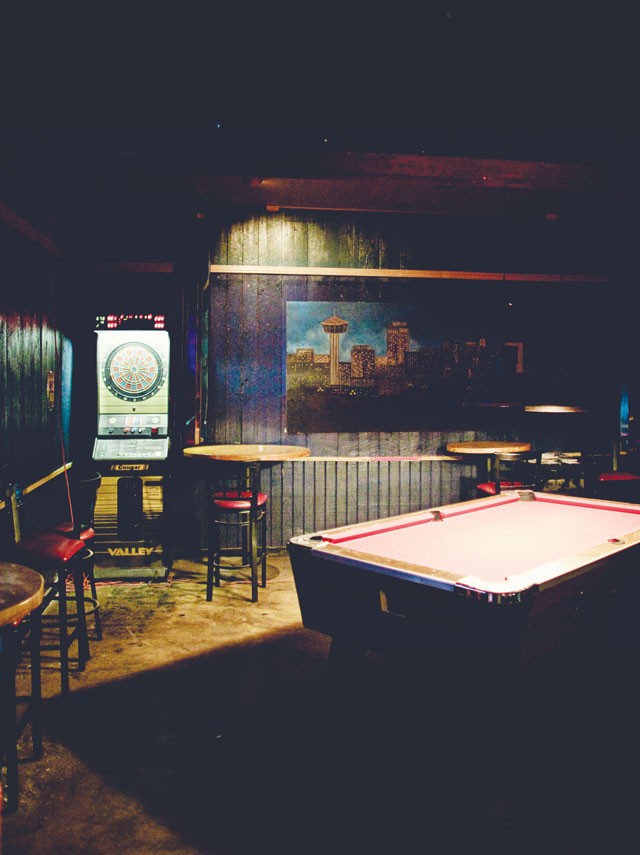 Hunter S. Thompson once said, "When the going gets weird, the weird turn pro." Little did I know, once I stepped foot into a place called Cobalt Club, I'd actually be walking straight into a San Antonio rendition of Fear and Loathing in Las Vegas, where every bar patron is a pro in their own right. It starts at night, with three friends in tow. My bombshell of a best friend was the most enthusiastic, fearlessly embracing the debauchery. My highbrow male counterpart was delightfully surprised to hear Radiohead playing, and I was overjoyed that four drinks cost only $10. At least the drinking was going to be cheap. After a game of pool, playing some tunes on the digital jukebox, and discovering the abundance of condoms strewn about the tables, we decided to make our way to the patio — about the time my bud "Chef" decided to parade around shirtless, stuffing his shirt down a beefcake bartender's pants. An admirer urged Chef to remove the rest of his clothes, encouraging him by slipping down to his underwear. A second visit started with a short conversation with a patron who insisted, "I ain't sell no drugs or nothing," followed by the old, "You come here often?" Saved by a friend, and back on the patio, a lady who sounded like she had been chain smoking and drinking whiskey since birth stumbled outside to the infamous patio and asked if we were a couple. When we answered in the negative, she wheezed, "Are you looking for more fun?" Always intrigued by this oddball bar (they open at 7 a.m.), I asked others' opinion of it. The responses ranged from, "It's sad, dark, smelling of urine, with poorly made drinks," to "They have 'mazing happy hour prices and make you feel very uncomfortable, but I keep going back." You never know what kind of hijinks you're going to encounter at Cobalt Club. I think one of my friends put it best: "Overall, it's a great place to get away from society." And a great place to unleash your inner weirdo.

Best Use People watching while having a morning cocktail at 7 a.m.