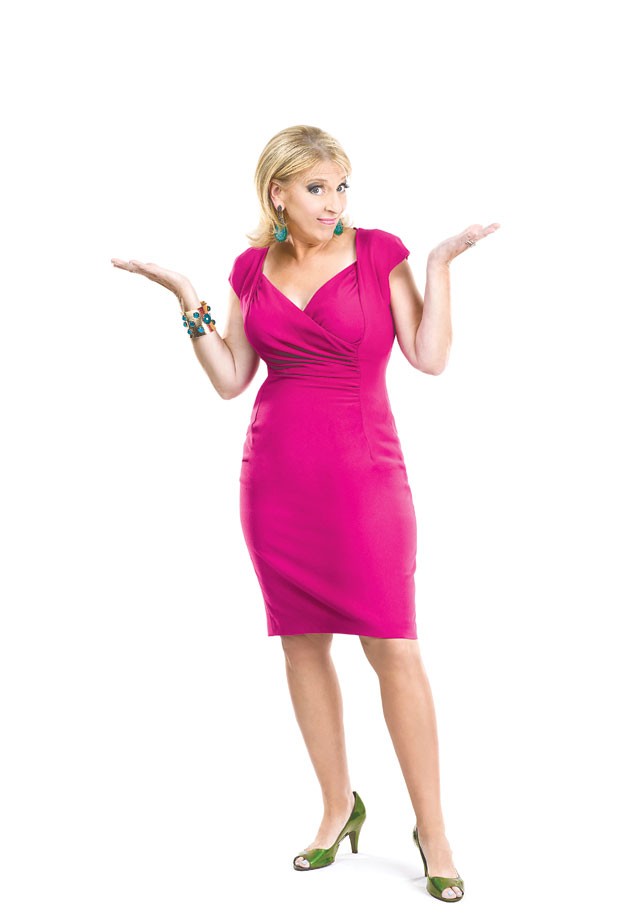 Her waistline may have shrunk since undergoing gastric surgery last April, but one thing comedian Lisa Lampanelli hasn't lost is that dirty mouth of hers. The self-described Queen of Mean will be in San Antonio on Friday, so come up with some new heckling material because fat jokes don't work anymore.

You lost about 100 lbs. when you had gastric sleeve surgery last year. Does it suck not being able to eat the entire pint of ice cream anymore?
Yes, it totally sucks! Before the surgery, I would treat food like some people treat alcohol. I would self-medicate. The surgery forced me to change my eating habits — those crutches I've had all my life. Exercising every day and eating four ounces of food every three hours is not pleasant at all. The good news is that I lost all this weight and now I don't have to tip anymore because nobody recognizes me.

On The Late Show with David Letterman a couple of months ago, you lovingly referred to your husband as "Jimmy Big Balls." How does Jimmy react to that kind of attention?
Oh, he absolutely loves it. What's funny is I didn't think Letterman was going to talk about that. I mentioned the nickname I have for him and thought he would laugh a little. He ended up making it the focus of our interview, which cracked me up.
Any chance you're going to tweet a picture of Jimmy so we all know you're not making this up?
I would never make up something so horrific. His balls are like Hurricane Sandy. They terrorize everything in their path.

You like to make fun of people like the Kardashians and the casts of Jersey Shore and The Real Housewives. Do they have any redeeming qualities at all?
I mean, they're entertaining. I would watch a Real Housewives marathon if I had the stomach flu and needed to throw up.

This year, you're going to do something everyone in showbiz wants to do sometime in his or her career: give voice to a character on an episode of The Simpsons. You play a woman who accuses her husband (Seth MacFarlane) of cheating with Marge. Can you really compete with Marge?
Isn't that the craziest thing? It's such an iconic show and it was such an honor to be asked. But really, Marge Simpson is hot. If I were lesbian, I would definitely go up under that.