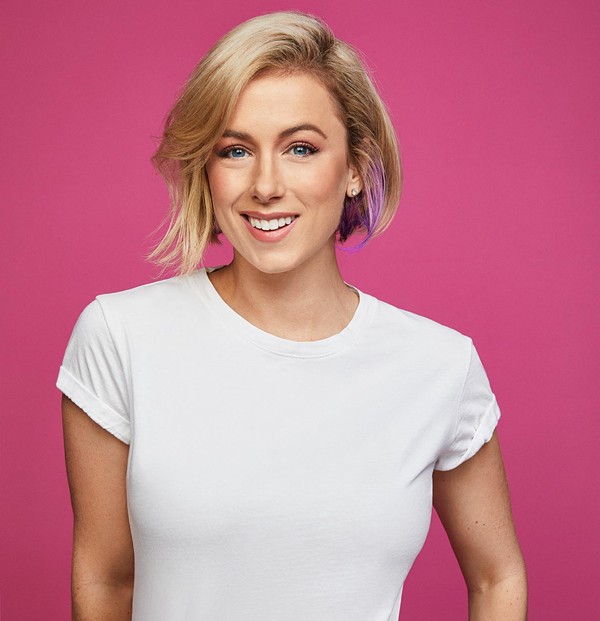 “It’s easy to vilify women because our voices have been so underrepresented,” Schlesinger recently told ABC News. “It’s easy to make us into the enemy. Women are supposed to be grateful, and we’re supposed to just like whatever we’re given.”

Instead, the 2008 winner of Last Comic Standing is calling her own shots. Schlesinger has five Netflix comedy specials under her belt, including 2019’s Unveiled, where she jokes about traditional weddings.

Her relationship with Netflix over the past eight years has been a strong one. She also starred in the streaming giant’s 2020 action-comedy Spenser Confidential opposite Mark Wahlberg, its 2020 drama Pieces of a Woman opposite Vanessa Kirby and her own sketch comedy series, The Iliza Shlesinger Sketch Show, which premiered last April.

This year, the comic starred in, wrote and produced Netflix’s Good on Paper. The “mostly true” romantic comedy features Schlesinger as a stand-up comedian and aspiring actress who falls for the perfect guy, then finds out he’s been fibbing about some of his boyfriend credentials.

If you think Schlesinger’s brand of comedy is funny, she'll be in San Antonio this Friday at the Tobin Center for the Performing Arts.