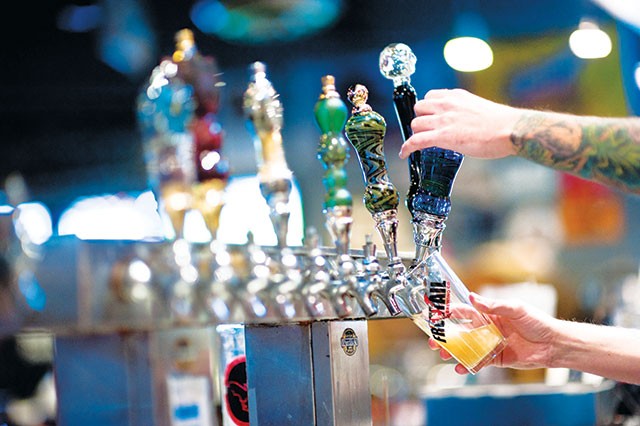 The pints had barely been drained from toasting the passage of new small brewery legislation by the Texas Senate and House when brewery owners began planning their expansions. (See “Winners and Losers Emerge in Beer Battles at the Texas Lege,” March 20, 2013)

The first out of the box was Jester King, an Austin microbrewery that makes about 1,500 barrels of high-dollar brews a year. The victory in the law for brewers with a microbrewery license is that they soon will be able to sell pints of beer for consumption at their brewery, something they can’t do now.

What they still wouldn’t be able to do is sell beer to-go from their brewing establishment, which limits sales potential.

That’s why Jester King, maker of brews like Black Metal and Noble King, has applied for a brewpub license.

Brewpubs, which got the better end of the deal from the package of five bills, already had the right to sell beer to-go at their establishments. Under the new laws they gain the right to self-distribute or engage a third-party distributor to get bottles, cans and kegs to restaurants, bars and retail stores.

As long as the brewers’ output is small enough to stay under annual production limits on brewpubs, it only makes sense to move to a brewpub license.

Forget what you thought you knew about Texas brewpubs, which have officially existed in the state since 1993. While you’re probably envisioning a restaurant with tasty, handcrafted pints on the side, there is no rule that says that’s the way it has to be. In Wimberley, Dennis and Kim Middleton operate a brewpub with tiny batches of their own beer, a cooler of bottles from other places, and a homebrew supply shop. In places like California and Colorado, it isn’t unusual to come across brewpubs that are really microbreweries with very active tasting rooms, where beers are sold by the sample or the pint, sometimes to the strains of live music, but with no kitchens in evidence.

Texas could be headed this way, too. It doesn’t mean that traditional brewpubs will ditch their sometimes-successful restaurants, but more often they will be breweries in industrial parks with regular tasting room hours.

Freetail Brewing Co. is looking for space in Northeast San Antonio to put this approach in place for its second location, which will be big on producing beer for distribution, but not for a pizza with a pint. Branchline Brewing Co., San Antonio’s newest microbrewery, is kicking around the idea of switching its license to that of a brewpub for greater flexibility and some daily hours for the tasting room with beer to sell for consumption there and to-go.

All it will take now is a signature from Gov. Rick Perry, preferably with pen in one hand and beer in the other.