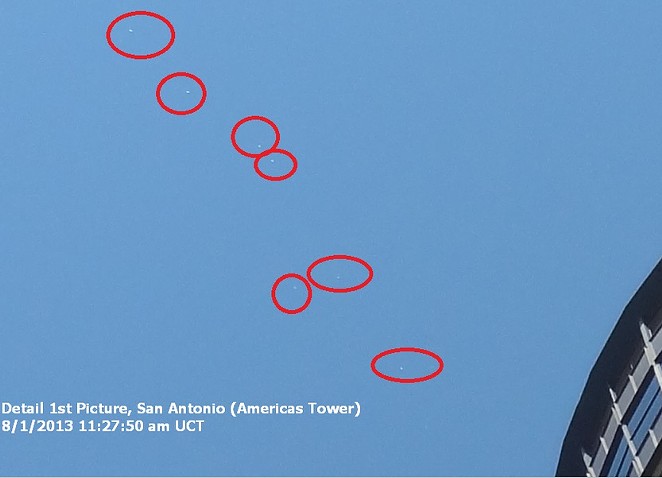 San Antonio may not be the Bermuda Triangle or Loch Ness, but the city's had it's share of bizarre and unexplained phenomena — especially in the night skies.

Whitley Strieber, the best-selling author of Communion, claims he encountered E.T.s in the Olmos Basin, and S.A. last year topped the nation in submitting sightings to the National UFO Reporting Center. The Mutual UFO Network (MUFON), one of best-known groups investigating the phenomenon, was established just down the road in Seguin.

Leveraging that enigmatic legacy, arts group Urban-15 tonight will show "Space is the Place: Unexplained Encounters in South Texas," the latest in its Hidden Histories series of magazine-format videos. Urban-15 streams the episodes live at 7 p.m. the first Monday of every month and also screens them live on-site.

"Space is the Place" will feature guest commentary by the aforementioned Strieber, who filmed his segment in L.A. on a book tour. Another former San Antonian, Rev. John Fluth of the SETI@home experiment, also is providing pre-taped commentary, while MUFON's Ken Jordan will speak live at Urban-15.

Those interested in attending the live event should RSVP for a spot and arrive no later than 6:45, at which time the doors will be locked. Afterward, episodes are archived online.