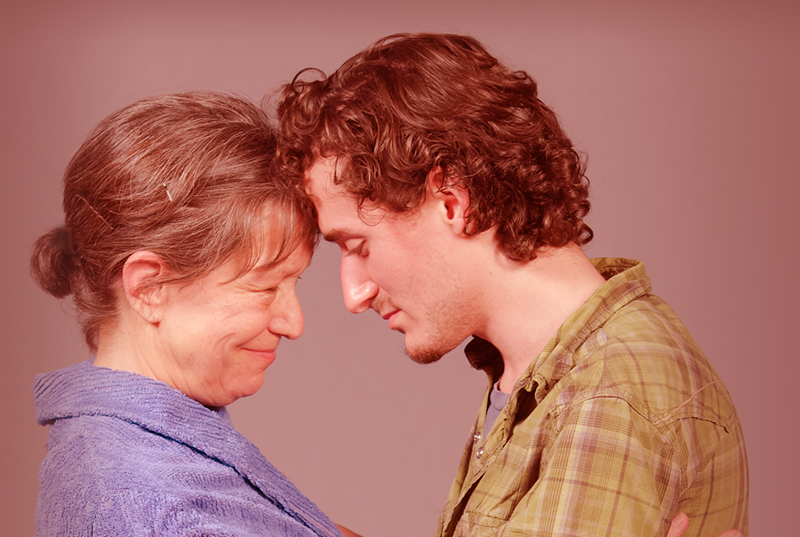 The distance from Seattle to New York is 2,408 miles as the crow flies. As Leo bikes, the journey is longer and slower. After his girlfriend Bec opted out in order to attend college in New York, 21-year-old Leo began the adventure with his best friend Micah. After a mishap on the road killed Micah, Leo continued on alone.

In the opening scene of 4000 Miles, a 2011 play by Amy Herzog, it is 3 a.m., and Leo, disheveled and defiant, hauls himself and his bicycle into the Manhattan apartment of his 91-year-old grandmother, Vera. She is both irritable and charitable, and, after adjusting her teeth and hearing aid, invites her grandson to stay. For the next three weeks, Leo, who has lost touch with his anxious mother and sister in Minnesota, will bicker and bond with his grandmother.

Sam Carter Gilliam's Vera is a doddering, hobbling figure who is forever misplacing her checkbook and keys and failing to find the words she wants. Yet she is also blunt and sassy, unafraid to speak her sharp mind. About men, she proclaims: "They're stupid and childish."

Vera is a nostalgic, unrepentant Communist, though the chronology seems off. She would have come of age in the 1940s, a full decade after the glory days of American Communism. Her political comments are few, but one is a brief recollection of peace marches — probably in the 1960s, when the non-Communist left was dominant. She's not a convincing old guard Commie, especially ensconced within an elaborate set designed by Ryan Deroos that seems more appropriate to a prim Midwestern matriarch than a Greenwich Village radical.

A cynic, Vera quizzes Leo about whether, while traveling alone, he was molested by strangers. "I find if you approach people with love and trust you can count on getting the same things back from them," he replies. But Cristopher Boneta's Leo has lost his trust in others and, especially, himself. It does not help that Bec, played by Kristin Richards with a nonchalance that makes one doubt they ever had much of a relationship, comes by to announce that they are done. A sojourn with Vera, whom Herzog claims she based on her own grandmother, restores Leo's trust enough to get him back on his bike, bound for Colorado.