July 30, 2013
comment
The game is over for local conman, Gemase Lee Simmons. After facing a guilty verdict earlier this year, Simmons was slapped with an 898-year prison sentence on Friday, putting to rest his long, sordid trail of destruction. 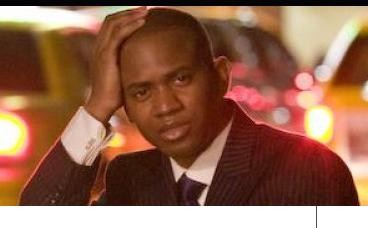 The jig's up. Local conman, Gemase Lee Simmons, gets 898-year sentence for scamming more than 100 young men and women.

The charlatan manipulated and often sexually abused more than 100 men and women–some as young as 13 years old–in his imposter role as a reality TV show producer and modeling agent, as the Current extensively detailed in February. Under a federal indictment since 2012, Simmons was eventually charged with a combined 39 counts of bank fraud, extortion and distribution, transportation and receipt of child pornography.

In his ruling last week Chief U.S. District Judge Fred Biery suggested Simmons be sent to solidarity confinement at a supermaximum security facility, according to the San Antonio Express-News.

“The court is looking evil in the face right now,” said Biery. “And you're going to have to pay a price for being that evil.”

Simmons preyed upon aspiring models and actors with promises of celebrity, the Current previously reported. For instance, Simmons guaranteed young girls the opportunity to work on a upcoming cable show “G2News” and would give them the number of “successful” modeling clients for advice, who in actuality were just Simmons. The ‘client’ would request nude photos from the young girls and if they dared back out, Simmons, under another alias, would threaten to release the sensitive photos. In 2008, Dateline featured Simmons’ misdeeds in a critical report.

Through it all, Simmons maintained his innocence, even writing a 198-page request for a new trial, which the judge denied, the Express-News reported.

In his verdict earlier this year, Biery described Simmons as a man with an “evil heart fatally bent on mischief,” and said, “Dante wrote of only nine circles of hell. Defendant’s pervertedly cruel behavior created a tenth earthly level for the victims, including one who wanted ‘out of this hell hole.’”