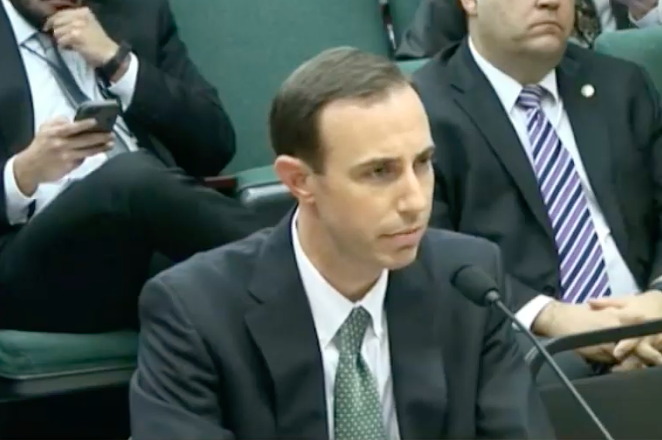 A hearing this morning for embattled Texas Secretary of State David Whitley raises questions whether the gubernatorial appointee can convince the full Texas Senate to let him keep in his job.

During a sometimes-testy grilling by members of the Senate's nominations committee, Whitley tried to justify sending out an advisory late last month that suggested 95,000 non-citizens may be on Texas' voter roles. He also defended a decision to turn that list over to law-enforcement authorities, even as it became apparent the data likely included names of people who are actually citizens.

"This list-maintenenace process is collaborative," Whitley said. "We don't have a goal number that we're trying to reach. We're trying to ensure the lists are as accurate as possible."

Whitley, appointed by Republican Gov. Greg Abbott, has drawn criticism — and lawsuits — over the review of voter rolls, turning what's usually a low-key appointment into one that drew testimony from groups including MALDEF, Common Cause and the League of Women Voters. Critics have argued Whitley is trying to push potential Democratic voters off the rolls.

"The voter purge has turned into a debacle played out on a national stage," MALDEF Vice President of Litigation Nina Perales told the committee.

A vote whether to send Whitley's nomination to the full Senate is expected to take place next week. In addition to clearing the committee, he also must receive approval from two-thirds of the Senate, where Democrats now hold 12 of the 31 seats.

During today's hearing, Democrats appeared skeptical about Whitley's commitment to protecting voter rights. Sen. Royce West, D-Dallas, asked the secretary to define "voter suppression," to which he replied that his definition was irrelevant.

"You're the secretary of state," West said. "It is relevant to me if I'm going to vote for your confirmation."