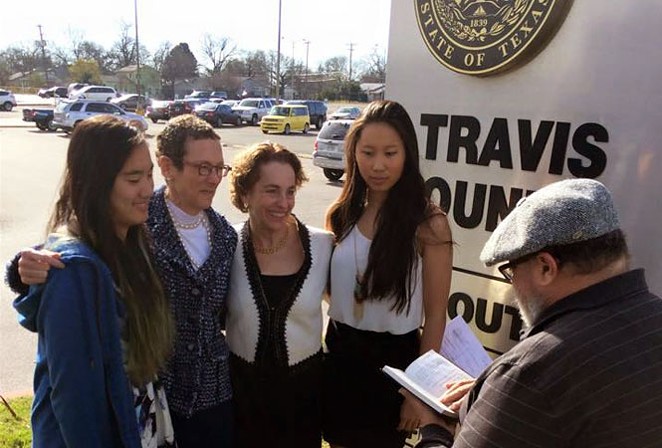 In a panel Wednesday, Congressman Joaguin Castro will join Ernest Herrera, of the Mexican American Legal Defense and Education Fund, and same-sex couple Alex and Irene Galindo-Cantu to discuss support for equality in marriage in Texas' Latino community, according to an advisory.

The event is free and open to the public and is Freedom to Marry, Texas for Marriage, Equality Texas and Familia es Familia will host the event, which runs from 6 to 7:30 p.m. at the Guadalupe Theater (1301 Guadalupe St.).