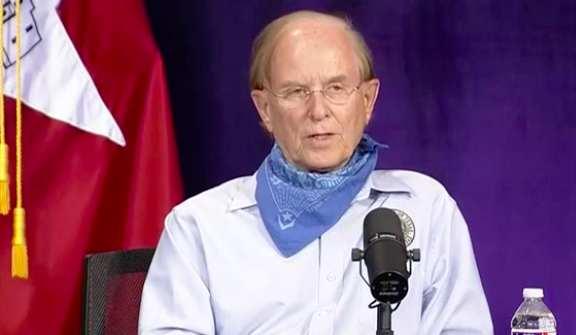 During the Monday coronavirus briefing, Wolff responded to a reporter's question about Abbott's claim early this month that state agencies received tips about abuse, neglect and breaches of pandemic protocols at the site.

“Completely false," Wolff said. "Now, other things could happen. I don’t know that they have. I haven’t heard anything; they could happen in the future. ... Something could go wrong, but the previous allegations he made are untrue.”

Roughly 1,800 migrant boys are being housed at the county-owned coliseum while the federal government works to place them with family members in the U.S. or with aid organizations.

During a theatrical April 7 press conference, Abbott — a Republican — demanded President Joe Biden shut down the shelter and bus the teens to another state. The demand came amid an avalanche of criticism by GOP politicians that the White House failed to address a surge in border crossings.