COVID-denier Ted Nugent admits he has COVID-19: 'I thought I was dying' 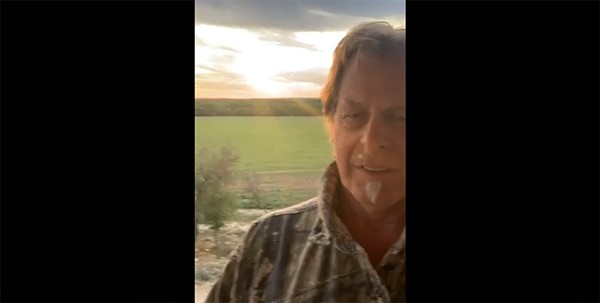 If there's anything the past year has shown us, it's that those who underestimate COVID-19 are soon humbled.

The latest person to learn that the hard way is Ted Nugent, who earlier this month posted a misinformation-stuffed video on Facebook in which he downplayed the severity of COVID-19 and said he wasn't afraid of it.

But on Monday, just weeks after his rant, the '70s rock relic and Texas resident posted another video on Facebook where he sheepishly admitted he's since tested positive for COVID-19 — an experience that left him bedridden for days.

"I've got an announcement to make," Nugent said in the clip. "Everybody told me that I should not announce this. I have had flu symptoms for the last 10 days. I thought I was dying. Just a clusterfuck."

Nugent said he tested positive for the "Chinese shit" that same day.

"I've got a stuffed up head, body aches," he said. "My God, what a pain in the ass. I literally could hardly crawl out of bed the last few days."

While he sounded somewhat somewhat fatigued and even spiritual at the beginning of the video, midway through Nugent started ranting about the uselessness of vaccines and doctors before coughing and spitting.

"I'm notorious for plowing through any obstacles, including a positive test for Chinese 19," he says before another bout of coughing.

After shilling for MyPillow, Nugent ends the nearly nine-minute video by saying, "Right now I'm gonna shut this off, and I'm gonna pee off my deck."

You can watch the video below.


This story first appeared in the Detroit Metro Times, an affiliated publication.