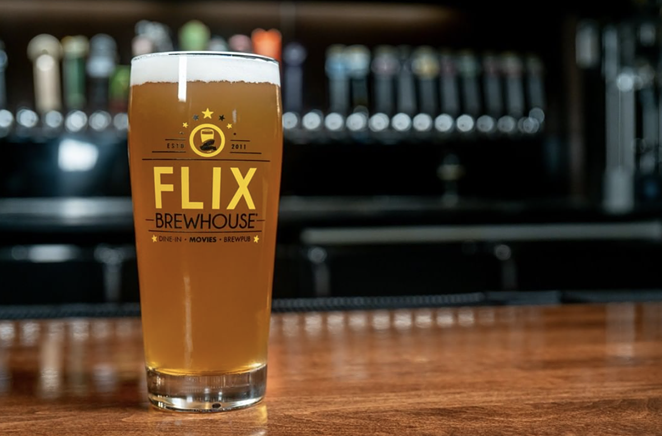 Dinner-and-a-movie concept Flix Brewhouse has opened its first Alamo City theater, and like all the chain's locations, this one sports a novel twist: it brews its own beer.

The West Side theater, located at 845 Loop 1604 South, opened late last week, offering a lineup of flicks including the latest installments in the Fast and the Furious, A Quiet Place and The Conjuring franchises.

Also on tap are a seven of its proprietary brews, which include a golden ale, two IPAs and a chocolate stout.

According to Flix's website, its brews have won numerous local and state competitions. The chain landed its first national award at the Great American Beer Festival in 2015 with a Silver in the German Alt-Bier category.

The SA location is the chain’s tenth nationwide and its fourth in Texas. Plans for new Lone Star State locations in Hutto and Mansfield are in the works.