'Crime After Crime' chronicles one battered woman's struggle for freedom 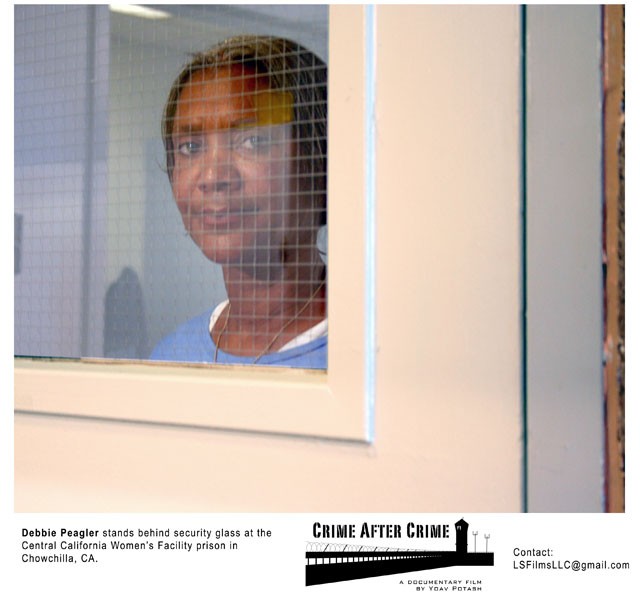 Debbie Peagler has been in prison for the past 27 years for the first-degree murder of her boyfriend Oliver Wilson, a man who forced her into prostitution while she was a teenager, a man who beat her and then molested their children. At the time (1982) there was little by way of outreach for battered or abused women, so Debbie, fearful of her life, asked the local street gang (the Crips) for protection. What happened next is, well, a case that had been drawn out since 2002, when California introduced a law that allowed battered women's cases to be re-examined.

Director Yotav Potash works well throughout the timeline of the case, creating a moving connection with Peagler, who is not just a prisoner held behind barbed wire and high walls, but a woman who had a life and continues to live with the situation she's been given. (While in prison, Peagler earned an Associate's degree, became a Sign Language Interpreter, and a church leader.) He presents Peagler's case from all sides, capturing emotional moments with Peagler's strong-willed attorneys, Nadia Costa and Joshua Safran, close family members (including Wilson's), and finally Peagler herself, who is portrayed as a woman of both patience and faith. Potash questions the judicial system in guerrilla style — technically, it is against California law to film prisoners, but he found a way around that.

As the viewer takes the journey from Peagler's teen years through the last years of her life  (she is diagnosed with lung cancer while in prison), it's easy to become attached to the woman. But the viewer also takes their own journey — one that hopes for justice.