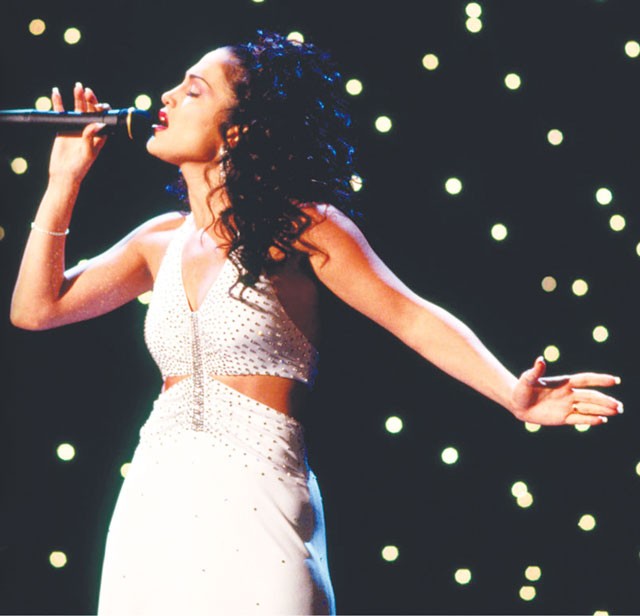 I loved director Gregory Nava’s El Norte but I hated Mi Familia/My Family. I respect producer Moctesuma Esparza’s contribution to Latino filmmaking in the U.S. (especially the Robert Redford-directed The Milagro Beanfield War), but almost puked when I saw Price of Glory, which Esparza produced and Jimmy Smits starred in. So by the time the lights went out at a movie theater in Los Angeles for the premiere of Selena two years after the singer’s death, I was terrified and didn’t know what to expect.

Two minutes into the movie, I was hooked and relieved — Nava had gotten it right. Newcomer Jennifer López (known only at that point as a dancer by fans of In Living Color) literally became Selena, Edward James Olmos became Abraham Quintanilla (Selena’s dad), and the movie tastefully tackled the difficult subject of a girl-next-door’s ascent to fame and her tragic, premature demise.

The film starts at one of Selena’s late peaks, her last show at Houston’s Astrodome. The scene was actually filmed at San Antonio’s Alamodome, but it didn’t matter. The energy is there, and even now, years later, when you watch the film you don’t think of Jennifer López — it is Selena you’re watching. In ’97, I had fresh memories of Selena’s superb show at L.A.’s Universal Amphitheatre, and I remembered thinking, “God, she nailed it!” watching López’s performance. Too bad she was never able to do a similarly challenging role. But this one, you have to give it to her (she deservedly won a Golden Globe for Best Actress in 1998, but was snubbed at the Oscars).

Nava stayed away from hagiography, especially when portraying Selena’s dad. Those who know Quintanilla know he can be a sweet man, but they also likely know if you get on his case he’ll chew you out, for sure. Olmos is superb as the caring, protective, and explosive dad who makes a superstar out of nothing. It is perhaps Olmos’ best role since Stand and Deliver (1988).

“When we saw the first private screening of the finished movie, everybody was there,” Quintanilla told me recently. “The whole crew, my wife and I, Gregory Nava, Moctesuma Esparza, Eddie Olmos, the people from Warner Brothers.” He said you could have heard a pin drop; such was the crew’s expectation to see the family’s reaction. “When the movie was over, everybody was crying.”

But this is not a simple tear-jerker — it is a heartfelt, enjoyable homage our larger-than-life singer deserved. And to watch this film in San Antonio (a city Selena loved), under the stars, and for free, is a treat that can’t be missed.

Friday Night Films in the Park