Chefs Mark Martinez, John Philpot and Quealy Watson have three things in common. They all collaborate with Chad Carey and the Empty Stomach restaurant group. They are all causing a stir in the San Antonio food scene as of late. And they all describe their taste as "weird."

Martinez, who currently serves at the helm of Barbaro, has been with Empty Stomach for three years. His culinary background is rooted in an education from St. Philip's College, but his inspiration comes from what he describes as his child-like enthusiasm for food.

"I'm a kid at heart," Martinez said. "I love pasta. I love indulgence."

Martinez is also a veteran when it comes to the pop-up culinary scene, having been behind Wild Beast, a cafe venture inspired by last summer's "Matisse: Life in Color" exhibition at the San Antonio Museum of Art, and now Little Fox, an Italian pop-up at The Monterey, open Sunday and Monday nights from 6-10 p.m.

Watson also found success with his pop-up brainchild, Hot Joy, which got its start during the off-days at The Monterey. Now a permanent fixture on the San Antonio food scene, it's been named one of the best new restaurants in America by Bon Appétit magazine. But Hot Joy wasn't always a part of Watson's plan.

"I've worked a lot of different places in San Antonio," Watson said. "The Monterey was my first chef job and I worked there for a year and a half, but I had a lot of wanderlust. I had worked really hard for a really long time to be where I was, to be a chef and have acclaim, but it didn't feel right ... so I decided I would move out to San Diego and live with my sister. The idea was to enjoy life, take any job and hang out for a bit, but [because of an ankle injury] I ended up being a burden and used all of the money I had saved up." 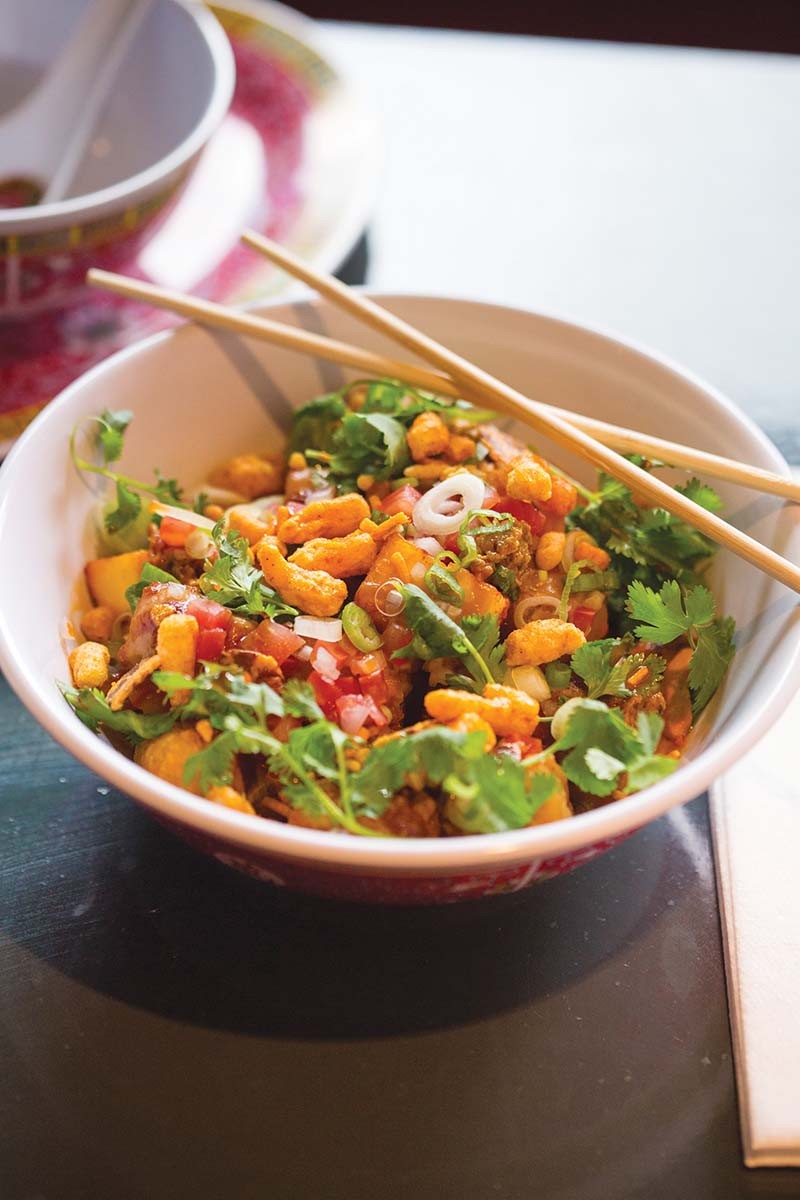 Lucky for San Antonio, Watson decided it wasn't meant to be and returned to the Lone Star State.

"When I got back, I realized there wasn't anybody in town, except Chad, that I wanted to work for. So I contacted him and let him know I was back," Watson said. "From there, he just said 'What do you want to do?' and we devised a plan to open up a weird Asian restaurant."

Today, Watson, in addition to overseeing the kitchen at Hot Joy, works with others in the restaurant group.

"A big part of my job is collaborating with other chefs," said Watson, who gives feedback on menu concepts. "They'll say 'Here are my ideas,' and then we go through them and I'll ask 'How is this going to work?' or 'How about we put that on there?'"

Philpot, who's worked in the same kitchens as both Watson and Martinez and was recently named head chef at The Monterey, says collaboration is key to having constructive conversations about their craft.

"I've known these guys almost five years," said Philpot, who attended The Culinary Institute of America-San Antonio. "These are the guys that I can ask about a dish ... and they can ask me my opinion on their dishes, and we have the ability to be able to talk to each other and not get mad."

It does, however, irk them when their creativity is misinterpreted.

"Sometimes people think we make 'stoner food' or 'white trash food' because we do things like add Hot Cheetos to a dish," Philpot said. "We're not adding them just to be funny. It's because we've thought about the dish for weeks and we think the Cheetos add bite and a crunch element."

The same goes for another facet of Philpot's cooking: offal, or as he describes it, "the parts of animals that people wouldn't normally eat"—the tail, intestines, heart, etc.

"It takes more talent and skill to make a dish out of those things," Philpot said.

A desire to surprise guests, and themselves, runs in the group.

"I'm a really naturally curious person and I get bored easily," said Watson, who finds inspiration in other cultures. "There's only so many ways you can arrange a duck breast and wild mushrooms. Eventually, I had to ask 'What else can I do?' There's this whole part of the world that does completely different things and it's something I've just become very interested in."

In the coming year, all three chefs have projects they're excited about. For Martinez, it's trying out trends that have taken hold across the country, but haven't yet made their way to San Antonio. For Philpot, it's reimagining The Monterey menu, which he says will be more seasonal and include prix fixe dinner options. For Watson, it's a long-awaited trip with his wife to Thailand and Japan. Watson's response to whether his upcoming adventure will influence the menu at Hot Joy speaks to the staying power of all three chefs: "Watch out, San Antonio."