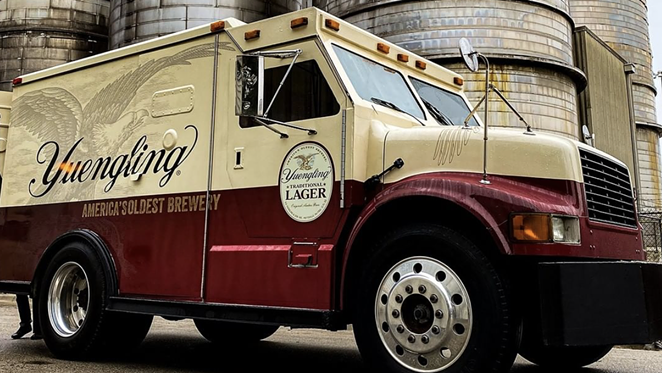 Tuesday morning, representatives from the 192-year-old brewery hand-delivered its secret recipes and proprietary yeast strain, setting into motion a partnership between Yuengling and Molson Coors in Fort Worth.

A Texas source for Yuengling's easy-drinking beers is big news for suds lovers, some of whom regularly bring in its products across state lines. Previously, the East Coast brand's distribution has only reached as far west as Louisiana and Arkansas.

The brewery makes 2.6 million barrels per year and reaches nearly two dozen states. Even so, the Morning News reports that the operation still feels small-town, given the extra lengths its owning family has gone to as it kicked off the partnership.

For instance, the book of recipes were sealed inside a crate and transported via armored truck and police escort, according to the Morning News. While that set up may seem like a bit of a marketing stunt, the paper reports that the trek marked the first time the handwritten recipes had ever left their Pennsylvania home.

Jen Yuengling, vice president of operations and the oldest of four sixth-generation Yuengling sisters, actually followed the recipes and yeast to Texas, which she described as “bigger than our entire north region and the last eight states that we’ve launched, combined.”

She'll post up in Fort Worth to oversee the beginning of the brewing process before heading back to the company's Pennsylvania headquarters.

Yuengling's flagship Lager, which makes up for more than 75% of the brewery’s sales; Light Lager; Golden Pilsner and Flight, a 95-calorie super-light brew, will be available in Texas supermarkets and liquor stores this fall.