Cumbia: How Colombia made Selena a star 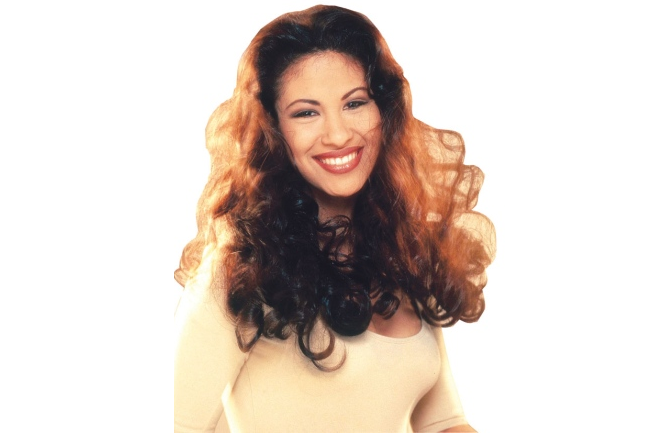 When I heard someone on NPR say cumbia was “the musical backbone of Latin America,” I almost crashed my car into a light post.

“You wish!” I thought. Then, after veering out of trouble and cooling off, I realized the host was absolutely right. No other musical genre has taken stronger root in every single corner of the three Americas. There’s cumbia in its birthplace, Colombia, but there’s also cumbia everywhere else, and I’m not just talking about the “influence” of cumbia—I mean solidly established scenes that rearranged their regional musical landscapes, each version with its own distinctive local flavors added to it.

To name all the genres and subgenres of cumbia would take half of the magazine, but you can’t talk about cumbia without mentioning original cumbia, the 2/4 rhythm born on Colombia’s Atlantic coast during slavery with its mix of African, Spanish and indigenous roots; Mexico cumbia (and that includes alternative mixes with rock, led by accordionist Celso Piña in Monterrey); Peruvian cumbia (both its own style and psychedelic chicha from the ’60s); Panamanian cumbia; cumbia-rock; Argentina’s cumbia villera (shantytown cumbia, a now-mainstream rudimentary style born in the ’90s with lyrics mainly dealing with sex, crime and drugs); and, of course, cumbia tejana.

For beginners, Friday’s Échale Series show at the Pearl featuring Austin-based Master Blaster Sound System and Mexico’s Los Master Plus will be a fun introduction to the electrocumbia/hip-hop style, but also a good excuse to figure out how the genre came to Texas and developed into cumbia tejana.

“Everybody calls Selena La Reina del Tex-Mex, or La Reina del Tejano, but what did Selena do?” asks A.B. Quintanilla III, Selena’s brother, bassist for Los Dinos and leader of Kumbia King All Starz. “She did mostly cumbias and some norteño and mariachi, and pop in English. My father is one of the first ones who would say, ‘Tejano is what made your sister!’ and I’m like, ‘Dad, ‘Como la Flor’ is not Tejano, it’s cumbia!’”

Cumbia tejana is a reality, and an easily identifiable one at that: those keyboards, that sentimental singing, the romantic lyrics. From a commercial standpoint, cumbia tejana (which was a key, if not the key, component of the Tejano boom of the ’90s) indirectly started with Mexico’s Rigo Tovar, whose Matamoros Querido (1971), recorded in Houston, launched a style that influenced the generation of musicians that would form La Mafia, Tejano’s biggest act until the Selena explosion. Even though conjunto musicians like Valerio Longoria and Santiago Jiménez Sr. were among those who recorded cumbias in the past, La Mafia’s Estás Tocando Fuego (1991) was the album that launched the cumbia tejana trend.

“Before that, [Tejano musicians] would add maybe one cumbia as a filler, but we felt very strongly about the pop element,” said La Mafia’s Armando Lichtenberger Jr. After recording “No Lo Haré” on 1990’s Con Tanto Amor, for the next album La Mafia went all out. “[In Estás Tocando Fuego] we had six polkas and four cumbias, which was something unheard of. Look at Selena’s albums after Fuego, and there’s plenty of cumbias. But before Fuego, you won’t find a Tejano album with more than one cumbia.”

Selena opened for La Mafia between the mid-to-late ’80s and 1991, but after that it was the other way around—Los Dinos’ renewed international sound turned Selena into a superstar, and tragedy turned her into a legend in 1995.

“I asked myself, ‘How can Cubans and Puerto Ricans understand Selena’s music?’” said Quintanilla. “And you know how I got them to do that? With one simple thing: the cencerro [cowbell]. If you listen to ‘Amor Prohibido’ you can hear the ‘too-keen, too-keen.’ I played it salsa-style, it wasn’t coincidental. After that, Selena went from selling 25,000-50,000 to more than 500,000.”

Simply put, cumbia is popular because it’s an infectious, malleable rhythm that grabs you whether you like it or not.

“It’s an incredible groove, a universal beat we can all adapt to our own styles, and easy to play,” said Lichtenberger. “It’s not too fast, not too slow, like reggae. Any UB40 song could be turned into a cumbia.”

Gabriel Zavala, Best New Male Artist winner at the 2013 Tejano Music Awards, is “the only guy [in Tejano] trying to do something different,” according to Quintanilla.

“The thing that makes cumbia so loved worldwide is its ability to be danced [to] with little or no dancing experience,” said Zavala. “I’ve seen people just walk to the rhythm and that’s acceptable on the dance floor, whereas salsa or merengue’s moves are much more advanced. You don’t even need a partner to dance cumbia!”

Full of enthusiasm, Zavala even gives cumbia an esoteric twist.

“There are also some numerology patterns that I have found in the rhythm of the cumbia that might have an illuminati or extra-terrestrial origin,” he said, dead serious, “but that’s a topic for another article!”