Curtain Call: 'Evita,' 'Ghostbears' and 'The Foreigner' Closing This Week

The Woodlawn brings Andrew Lloyd Webber and Tim Rice’s award-winning musical Evita to its stage under the direction of Christopher Rodriguez and Josh Pepper. Controversially immortalized in a film starring Madonna in the title role, Evita chronicles the life of the charismatic first lady of Argentina, Eva Perón, who rose from childhood poverty to become a powerful voice for change in Argentine politics. The musical follows her trajectory from a young starlet in Buenos Aires to a vice presidential candidate, underpinning her story with a score inflected by jazz, pop and Latin music. If you can afford to have “Don’t Cry for Me, Argentina” in your head for the next week (which isn’t really such a bad thing), this production is definitely worth checking out. $17-$26, 7:30pm Fri-Sat, 3pm Sun, Woodlawn Theatre, 1920 Fredericksburg Road, (210) 267-8388, woodlawntheatre.org. — Kelly Merka Nelson 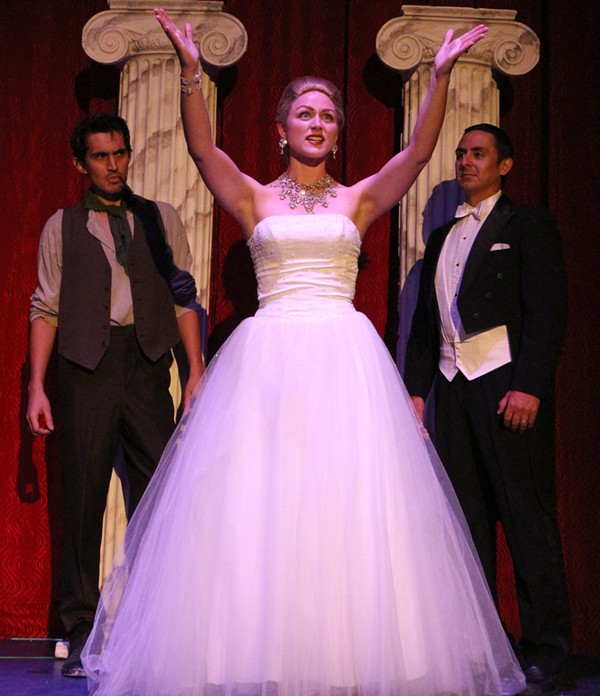